Despite the fact that the UK government is trying to control the UK economy, the pound is falling against the USD. GBPUSD started today with two bullish candles followed by a pullback. The support rests at 1.28860 with resistance at 1.30480 which both lines are below the weekly pivot point at 1.33050. The EMA of 10 is falling down as well and it is located below the EMA of 75. The RSI has hit the oversold area at 30 level and is trying to rise and the MACD indicator is in negative territory. The price is under the Ichimoku Cloud and it is under the Chinkou Span. The Kijun-sen is showing horizontal movement and the Tenkan-sen is showing downward movement. Short positions are recommended with the target at 1.2900. 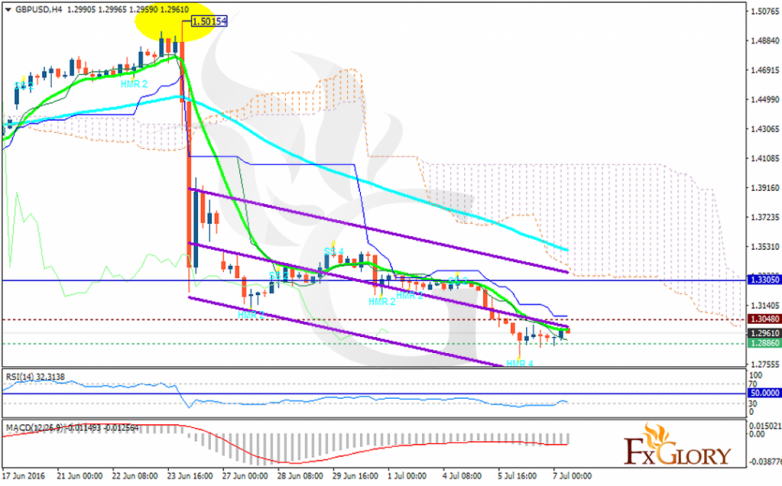