The New Zealand dollar slumped again this morning. The Reserve Bank of New Zealand （RBNZ）announced tighter lending restrictions across the nation from September 1, and will also reduce the limit of Loan to Value Ratios (LVR) from 80% to 60% for borrowers. The aim of the new measure is for mitigating risks to financial stability resulting from overheating in the housing market. The restriction measures increase the probability for RBNZ to further cut the interest rate on 11th August from the current record low of 2.25%. 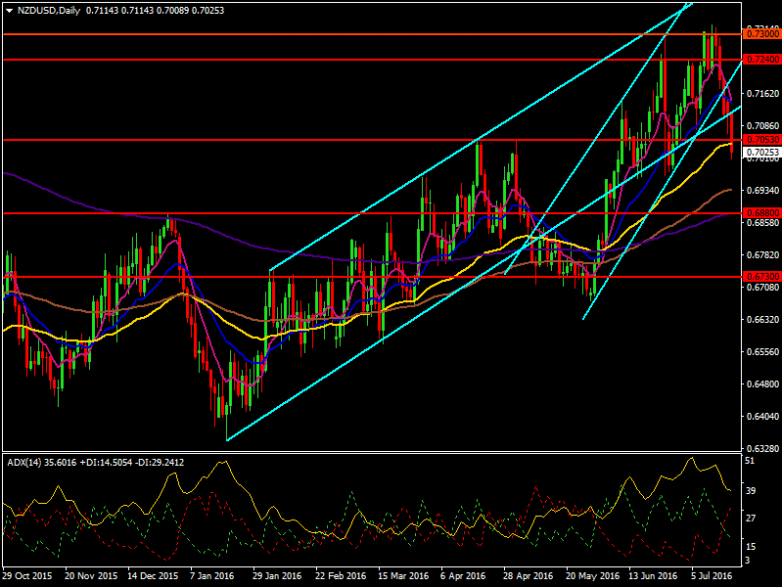