The Reserve Bank of Australia on Tuesday released the minutes of its July board meeting, showing economic outlook deterioration as a result of the weaknesses of the labour market and inflation. The RMA stated that it would closely watch the economic data of the following month and to make any adjustment to the stance of monetary policy that may be appropriate, implying potential stimulus measures might be implemented in August.

After the statement was released today, AUDUSD plummeted to 0.7489 from 0.7590. On the 4 hourly chart, 8 EMA crossing over 20 and 50 EMAs from above. In addition, Bollinger Band indicator showing the price section is moving downward alongside the lower band, indicating a bearish trend, MACD showing a zero line crossover, indicating a downtrend. Yet the KD indicator is below 20, being aware that there might be a rebound prior to the further downturn. 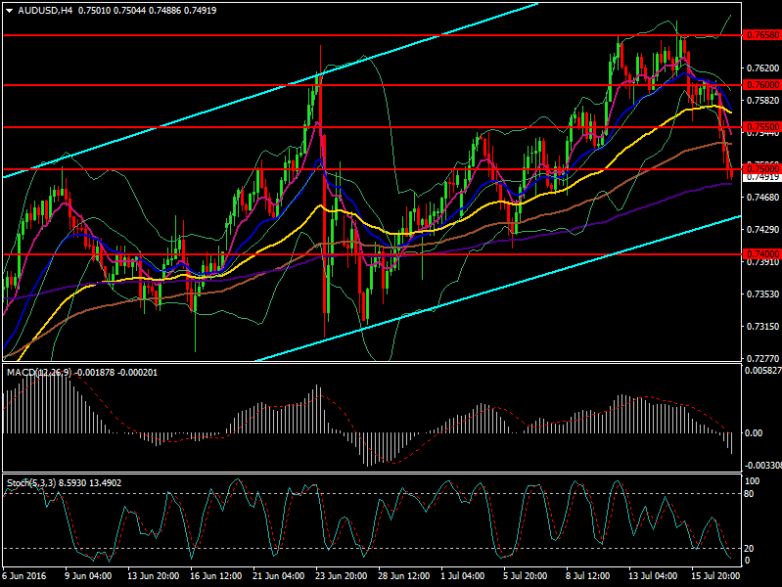