As the USD strengthened, EURUSD plunged this morning, breaking through the significant psychological level at 1.10, the lowest point since 28th June. On the 4 hourly chart, the current price section is below all the EMAs, oscillating between the first downside trend line support at 1.0989 and the 8 EMA resistance at 1.102. The same section between the middle and the lower bands in terms of the Bollinger Band indicator, suggesting that the trend is bearish. Yet the RSI and KD indicators are both around 30, being aware that there might be a rebound prior to the further downturn. 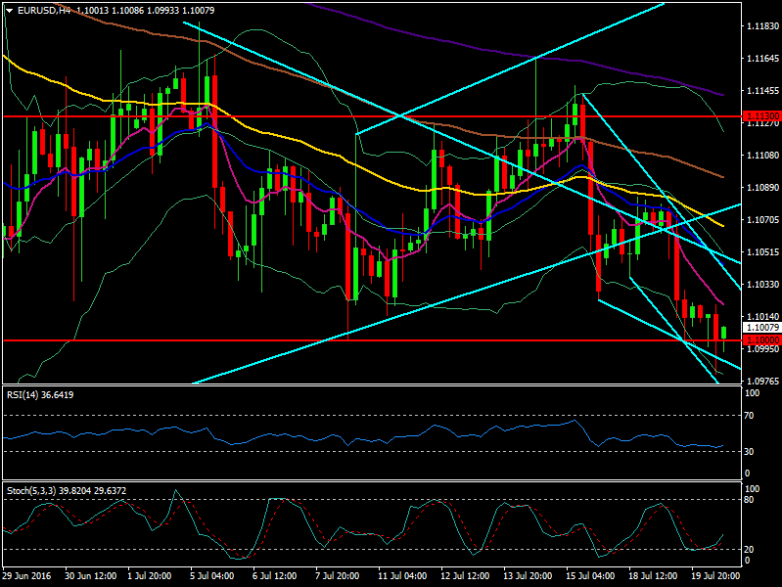