The marginal gain helped GBPUSD hold above the downside mid-term uptrend line support of the consolidation pattern.
The price is likely to hold or rebound at this level, as it provides a stronger support.

Yet the selling pressure above the resistance level at 1.3000 is heavy.
The near term trading pattern is likely to oscillate in the range between the uptrend support line and 1.3000 resistance level.

Keep an eye on the US PCE and Core PCE figures for August (YoY and MoM), to be released at 12:30 GMT, as it will likely influence the trend of GBPUSD. 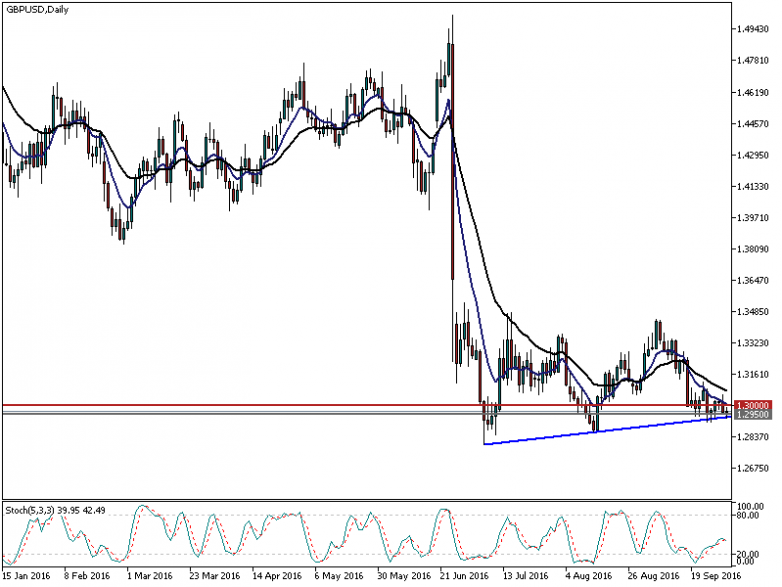 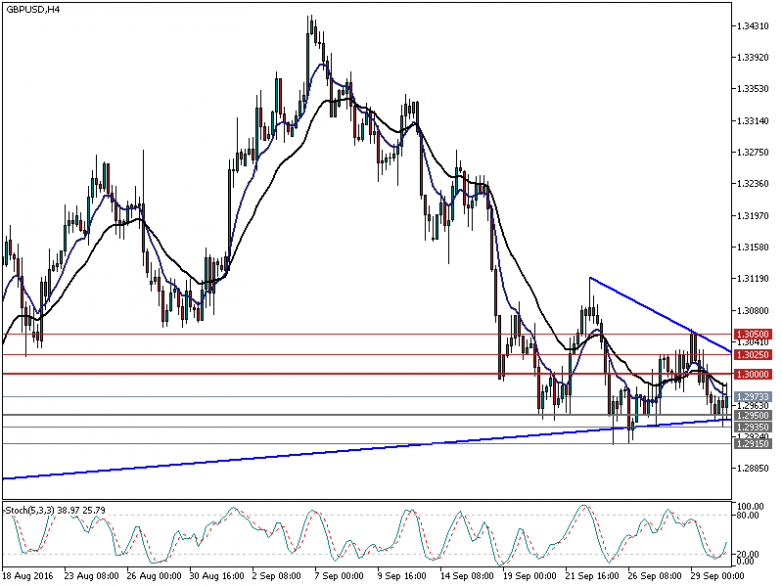 Spot silver tested the downside uptrend line support and rebounded on 29th September. The current price still holds above the trend line, which is providing a strong support.

The trend is still moving upwards, yet it is nearing the short term major resistance at 19.30, be aware of a retracement at this level.

The 4 hourly Stochastic Oscillator and CCI indicators are both at a high level, suggesting a pullback. 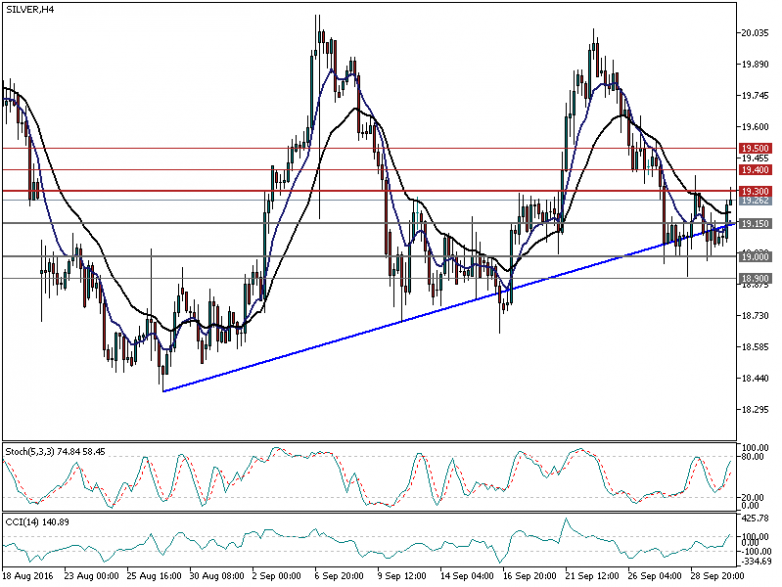 It was reported on Wednesday 28th that OPEC has reached an initial freeze agreement.
In addition, the EIA crude inventories released on the same day fell by 1.882 million barrels, compared to expectations of a 2.995 million-barrel increase. The drop of oil stock helped spot WTI crude rally, testing the upside downtrend line resistance and pulled back.

The deal is not official yet, any news before a concrete agreement is signed will likely cause volatility in oil prices. Be aware of a retracement after a rally in oil prices. 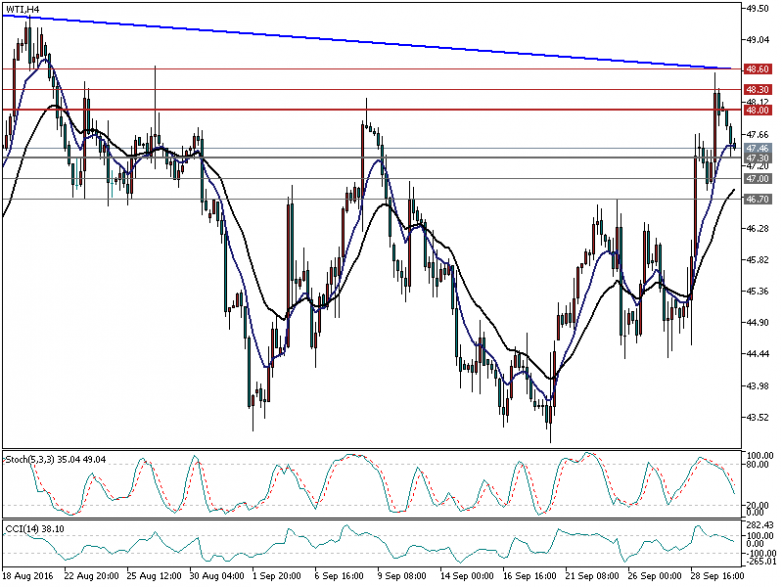