This morning the PM announced the timeline for the negotiations between the UK and the EU, by stating the intention to trigger Article 50 by March 2017. In addition, Chancellor Philip Hammond warned that Britain’s economy is facing a rollercoaster ride over the coming years during the process of negotiation to leave the EU.

This morning also saw the release of the UK Manufacturing PMI for September, which rose to 55.4, beating expectations of 52.1, and the previous figure of 53.3. The outperforming PMI pulled GBPUSD away from the support at 1.2850.

Keep an eye on the US ISM Manufacturing PMI and Prices Paid for September, to be released at 14:00 GMT today, as it will cause volatility to the dollar and major currency pairs.
With better-than-expected figures, GBPUSD will likely fall and test the support at 1.2850 again.
With lower-than-expected figures, GBPUSD will likely rally and test the resistance level at 1.2900. 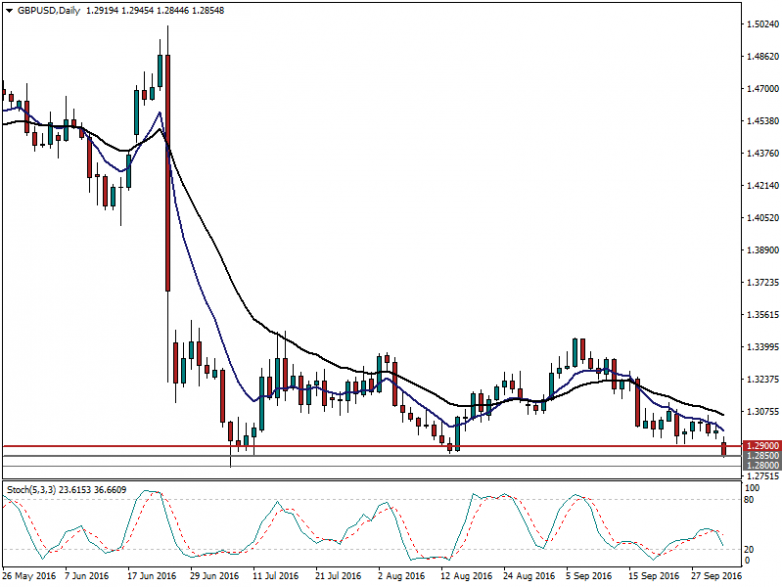 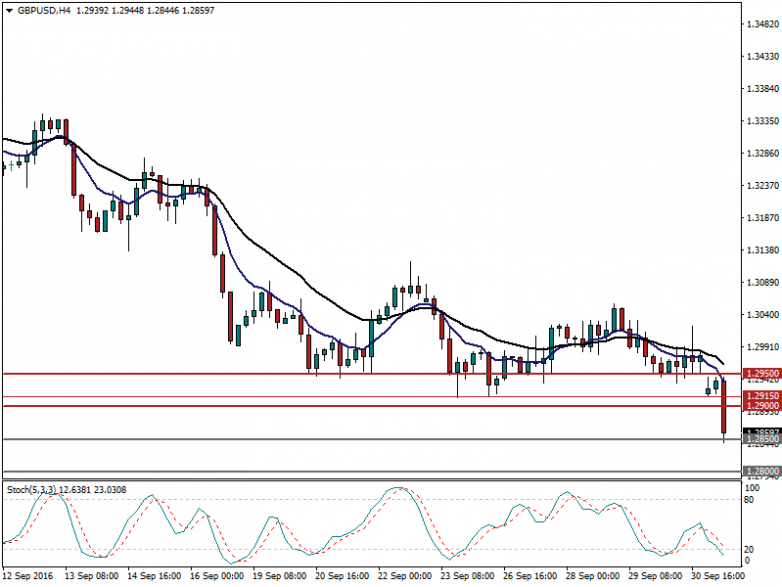 EURGBP rally to three-year high and test the near term major resistance at 0.8720.

In addition, the 4 hourly Stochastic Oscillator is around 80, suggesting a retracement. 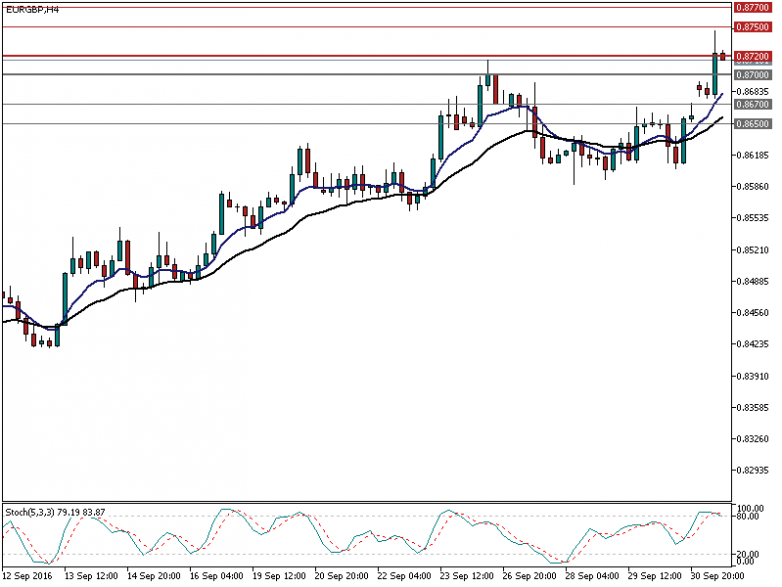