The outperforming US ISM figure lifted market expectations of a rate hike in December to 55.7%, according to the CME’s FedWatch.

It is currently testing the mid-term significant resistance level at 96.23 with a bullish attempt. Yet the selling pressure is heavy above this level. In addition, the 4 hourly Stochastic Oscillator is around 90, the price will likely pullback anytime.

We will get a set of the US data on Wednesday, between 12:15 – 14:00 GMT.
ADP Employment Change, which is regarded as the predictor of the Friday’s Non-Farm Payroll figure. Followed by, US Trade Balance for August, ISM Non-Manufacturing PMI (Sep), Services PMI (Sep) and Composite PMI (Sep).

We can expect the figures to influence the strength of the dollar, and cause volatility for the major currency pairs, precious metals and equities. 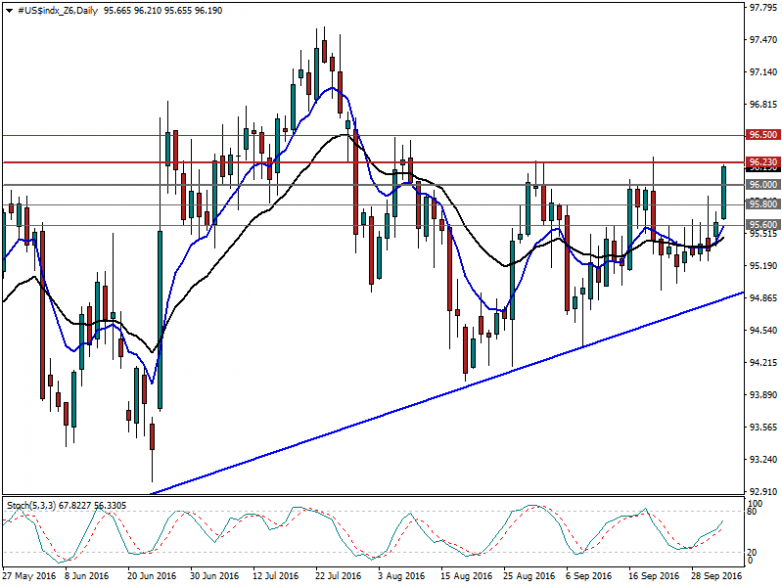 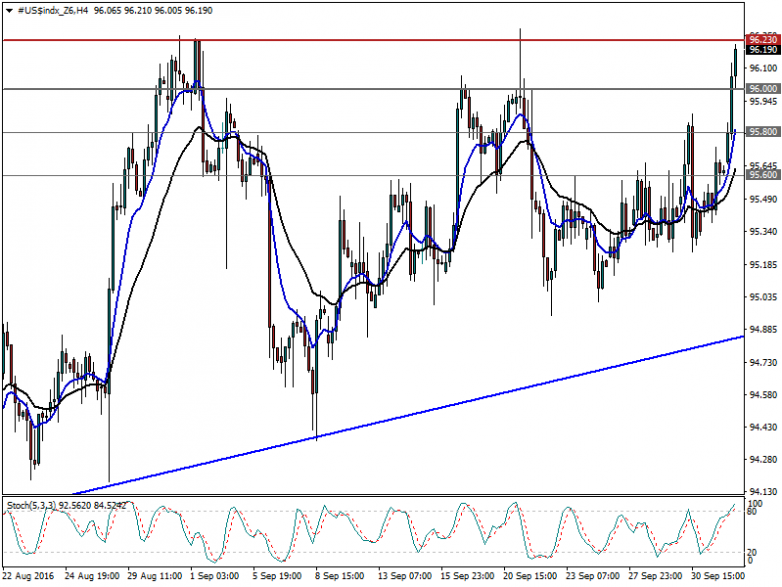 The recent risks and uncertainty in the market, such as the US presidential election, OPEC freeze talk, Deutsche Bank, and Brexit negotiation, haven’t ramped up gold prices. This may be a negative signal for the bulls.

The recent upbeat US economic indicators and the strengthening of the dollar has weighed on gold prices. The support level at 1320 was broken last Friday.

Spot gold hit the 2-week low of 1306.73 on Tuesday, breaking the near term major support at 1310. It is still trading just below the level; I do not see any sign of an uptrend.

Yet 1300 is the mid-term significant support level, which is providing a strong support. The price is likely to hold above the level.
Currently we are in a midst of a week-long Chinese national holiday, which is likely to reduce volatility in gold. Spot gold is still likely to remain in the consolidation pattern, oscillating in the range between 1300 and 1330.

The daily Stochastic Oscillator is below 20, suggesting a rebound.

Keep an eye on the set of the US economic figures, to be released tomorrow, as it will influence the trend of spot gold. 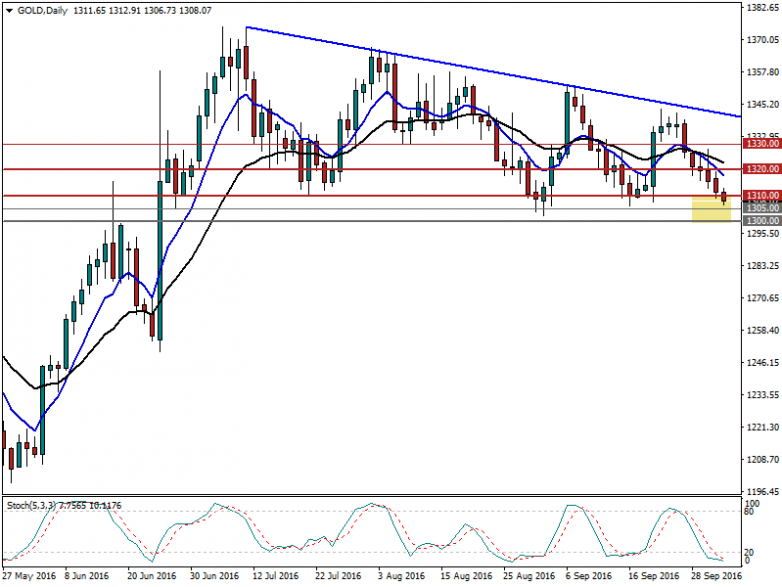 Yet it holds above the near term significant support line at 1.1150, where is providing a strong support.
The daily Stochastic Oscillator is below 20, suggesting a rebound.
The price is likely to rebound at this level.

Keep an eye on the set of the US economic figures, to be released tomorrow, as it will influence the trend of EURUSD. 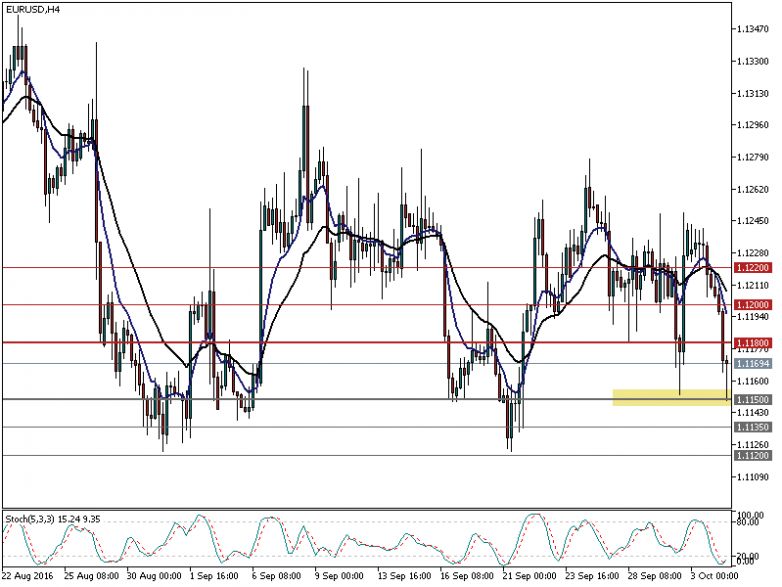