This morning saw the release of the German and Eurozone Services PMIs and Composite PMIs for September, better-than-expected, helped EURUSD rallied and broke the resistance level at 1.1220.

The dollar has surged substantially yesterday as the ISM Manufacturing PMI outperformed, and the Cleveland Fed Loretta Mester stated that a rate hike in November is likely.

The dollar has partially retreated after a sizable gain since yesterday evening. As a result, EURUSD rebounded significantly, trading above 1.1200 again, after hitting a 2-week low of 1.1137.

This morning also saw the release of the Eurozone Retail Sales for August YoY and MoM, the former was lower-than-expected, while the latter was higher. EURUSD still holds above 1.1220, the trend is still bullish.

Yet the price is still trading below the short term major resistance level at 1.1240, the pressure is heavy at this level. In addition, the 4 hourly Stochastic Oscillator is around 80, be aware of a pullback.

We will get a set of the US data today, to be released between 12:15 – 14:00 GMT.
ADP Employment Change, which is regarded as the predictor of the Friday’s Non-Farm Payroll figure. Followed by, US Trade Balance for August, ISM Non-Manufacturing PMI (Sep), Services PMI (Sep) and Composite PMI (Sep).

We can expect the figures to influence the strength of the dollar significantly, and cause volatility for EURUSD again. 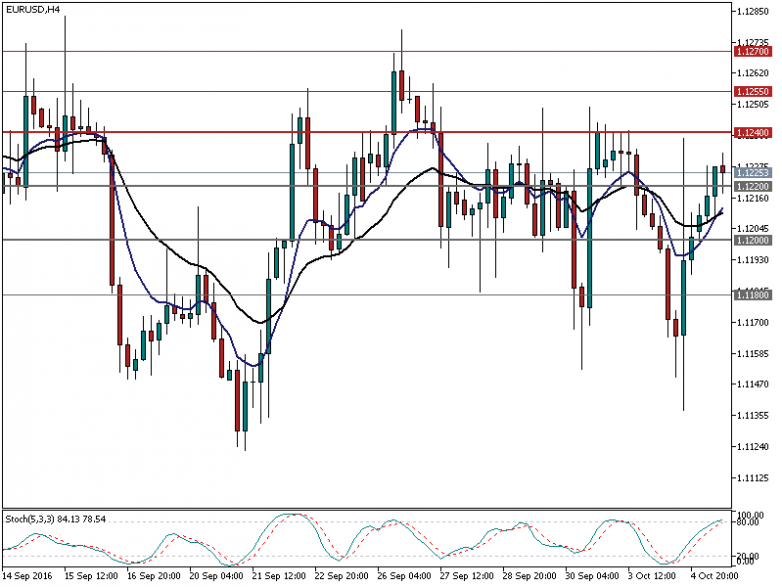 Spot WTI has broken the downtrend line resistance on 3rd Monday due to market expectations for the OPEC freeze agreement. The bullish trend is still ongoing.

Yet the price is nearing the long term significant resistance level at 50.00, the selling pressure above the level is very heavy. The major resistance zone is between 50.00 to 51.00.
In addition, both the 4 hourly and daily Stochastic Oscillators are around 90, the price is very likely to retracement at this point.

The deal is not official yet, any news before a concrete agreement is signed will likely cause volatility for oil prices. Be aware of a retracement after a surge. 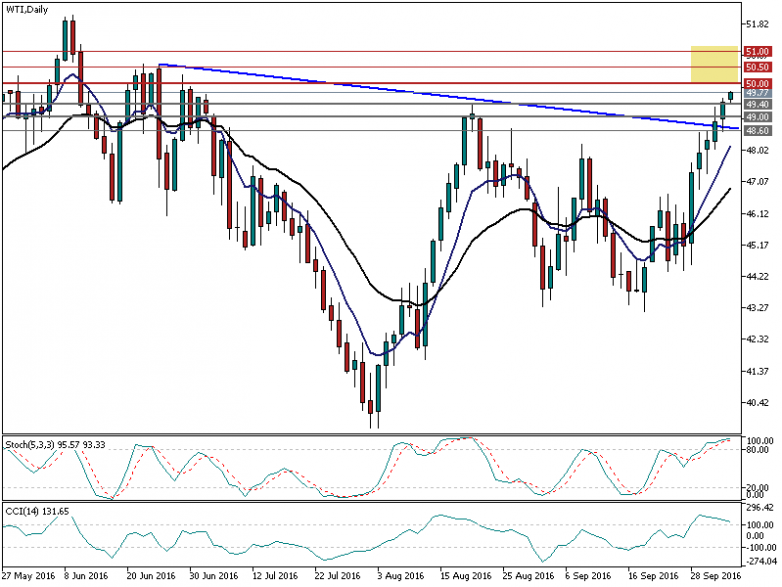