We have seen the US ISM Manufacturing and Non-Manufacturing PMI figures this week both outperforming, lifting market expectations on a December rate hike and leading to a considerable strengthening of the dollar.

USDJPY has broken the mid-term major downtrend line resistance on Tuesday 4th with strong bullish momentum. In addition, the 8 moving average has crossed over 20 moving average, indicating the trend is turning into bullish.

Yet the price is likely to retrace at this level, as it is nearing the mid-term major resistance level at 104.00.

103.00 has turned into the near term major support level.

Keep an eye on the Initial Jobless Claims, to be released at 12:30 GMT today, as it will likely have moderate influence on the strength of the dollar.

We will get the significant Non-Farm Payroll figure for September, to be released tomorrow at 12:30 GMT. We can expect that if the figure is far from the expectation, it will have a great impact on the dollar strength, cause volatility for the markets, and sway the market expectations on a December rate hike. 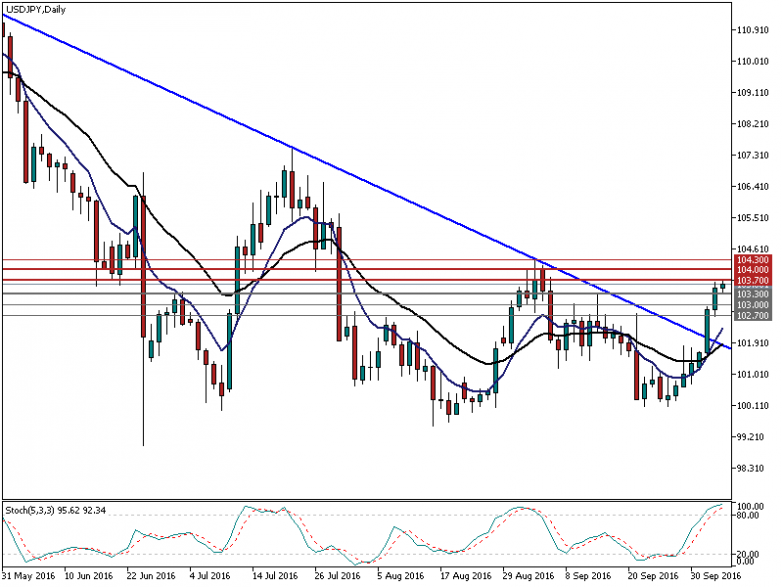 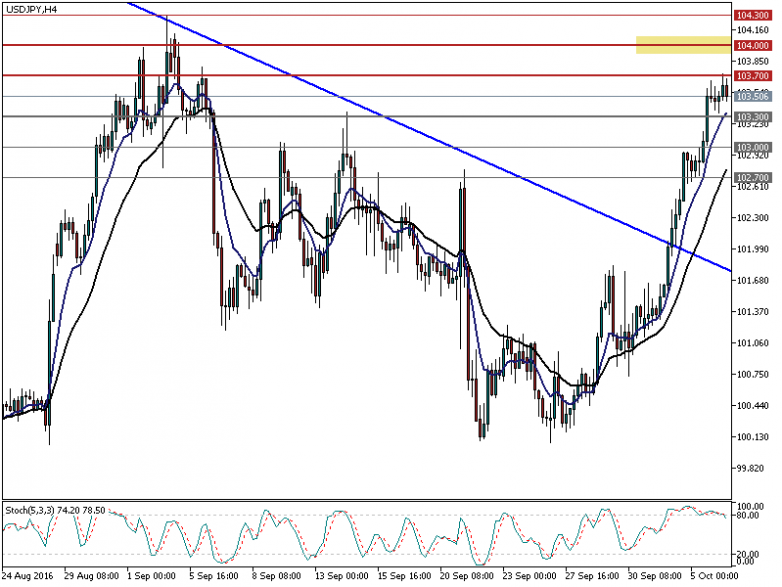 EURGBP has made a significant gain this week as the Sterling plunged on concerns about the trigger of Article 50 to leave the EU, and the future political and economic uncertainty.

The trend remains bullish, yet it is trading below the mid-term major uptrend line resistance, where nears the significant resistance level at 0.8800. The selling pressure is very heavy between 0.8800 – 0.8850.

In addition, the daily Stochastic Oscillator is above 80, suggesting a pullback.

Keep an eye on the ECB Monetary Policy Meeting Accounts, to be released at 11:30 GMT today. It contains an overview of financial market, economic and monetary developments. It will likely influence the strength of the Euro and the trend of EURGBP. 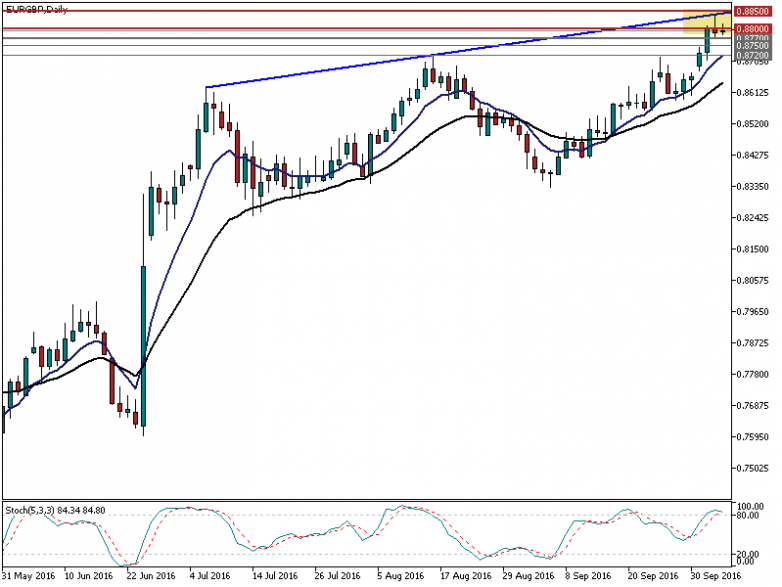