USDCAD has been bullish since the early September, as the recent US economic data outperforms.

Yet the price is trading below the mid-term resistance level at 1.3300, the selling pressure at this level is very heavy, the price will likely pull back at this zone.

In addition, the daily Stochastic Oscillator is around 80, suggesting a retracement. 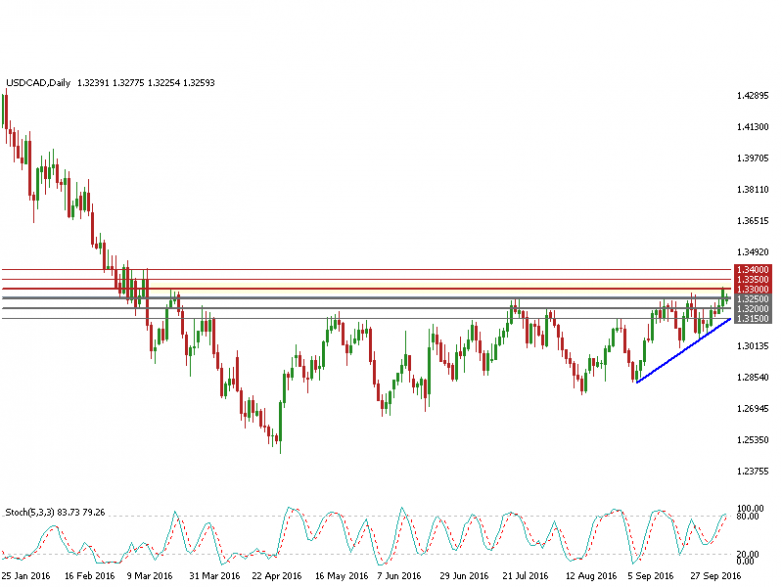 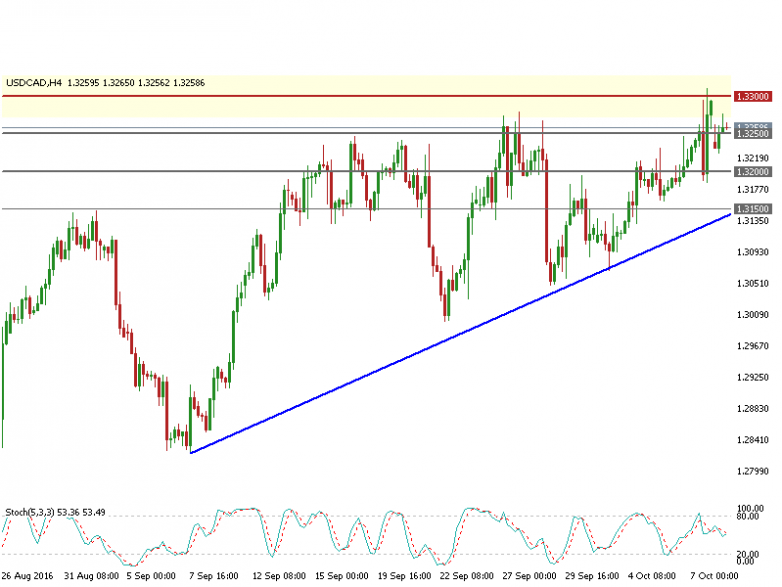 DAX index has been oscillating in a range bound between 10250 and 10780 since August.

It is trading between the downtrend line resistance, and the near term major support at 10450, where is providing a stronger support. A consolidation pattern has been formed.

The 4 hourly Stochastic Oscillator is below 30, suggesting a rebound. 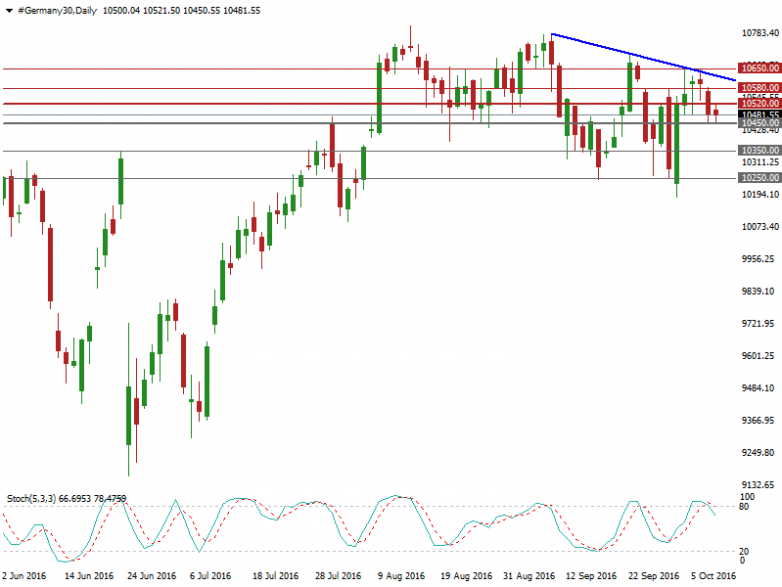