Yet the figures didn’t help EURUSD rally, as the dollar strengthened and the short term support line at 1.1120 was broken.

The current price is testing the significant support line at 1.1080, if it is confirmed broken, the next support line is at 1.1060.

The range between 1.1080 – 1.1100 is the mid-term major support zone and provides a strong support.
In addition, the 4 hourly Stochastic Oscillator is below 20, suggesting a rebound.

The price is likely to hold at this level.
The upcoming US economic data will be the key for the trend of EURUSD.

Keep an eye on the US Labour Market Conditions Index for September, to be released at 14:00 GMT, as it will likely influence the trend of EURUSD. 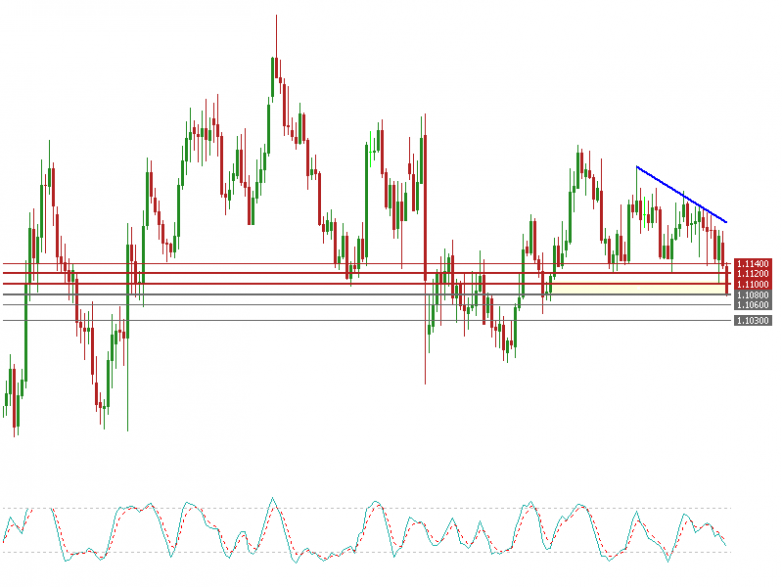 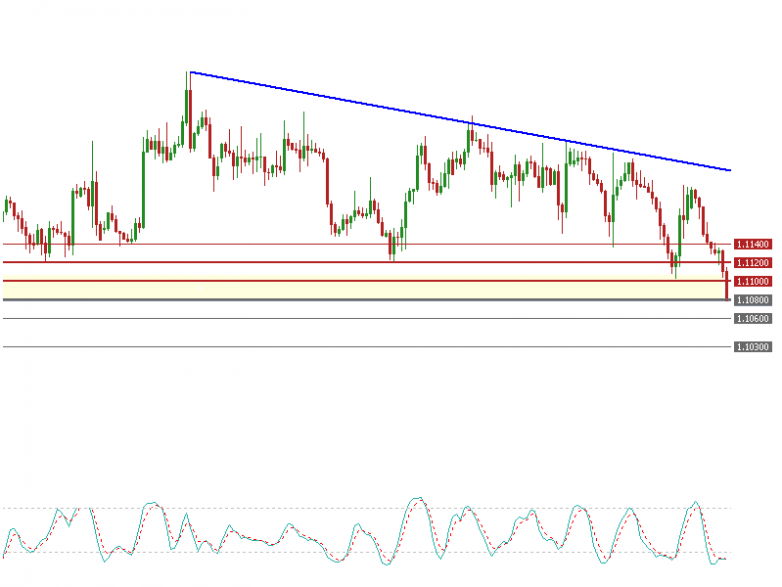 Following the sharp fall last Friday, GBPUSD has still been trading below the downtrend resistance line.

The current major resistance level at 1.2500 hasn’t been broken yet, indicating a lack of bullish momentum.

The 4 hourly Stochastic Oscillator is below 20, suggesting a rebound.

We still need to be cautious about the downturn risks associated with Sterling during the process of Brexit negotiation. 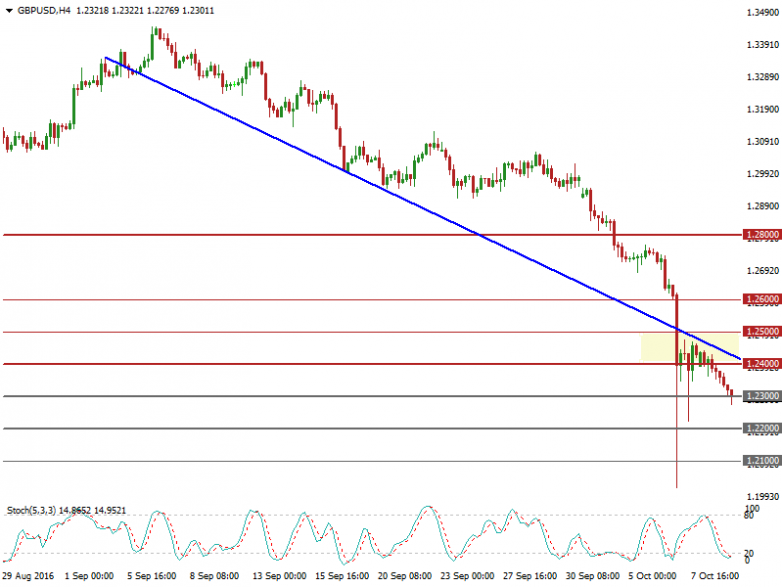 Spot WTI has been bullish since 28th September as the OPEC achieved the initial freeze agreement. The bullish trend remains unchanged; the price is still trading above the uptrend line support.

Yet it is nearing the long term major resistance level at 52.00, the selling pressure is very heavy above the level. The bullish momentum is likely to be restrained at this point.

This week we will see the releases of monthly reports from IEA (Tuesday), OPEC (Wednesday) and EIA (Thursday). Also OPEC is holding an informal meeting in Istanbul this week. Be aware of the news relating to these events, the oil prices are likely to be volatile this week.

The daily Stochastic Oscillator is around 80, suggesting a retracement.

Keep an eye on the US Crude Oil Inventories figure, to be released on this Thursday at 15:00 GMT. It will also likely influence of trend of oil prices. 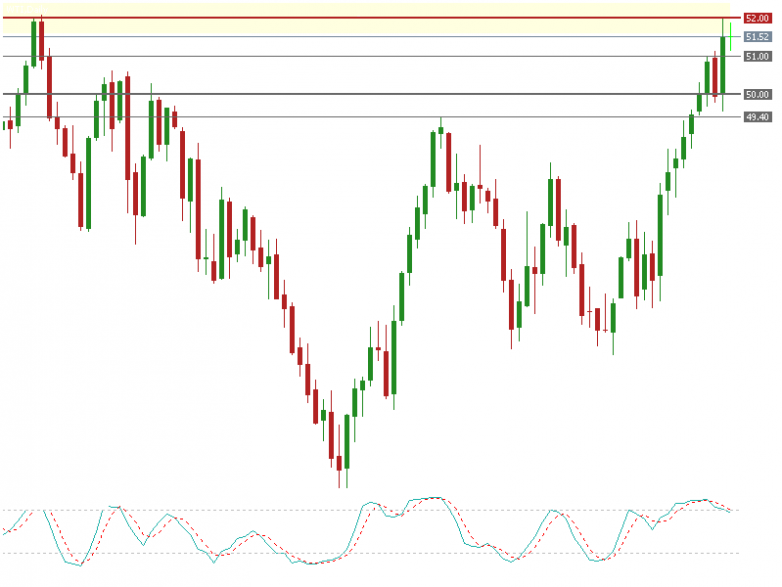 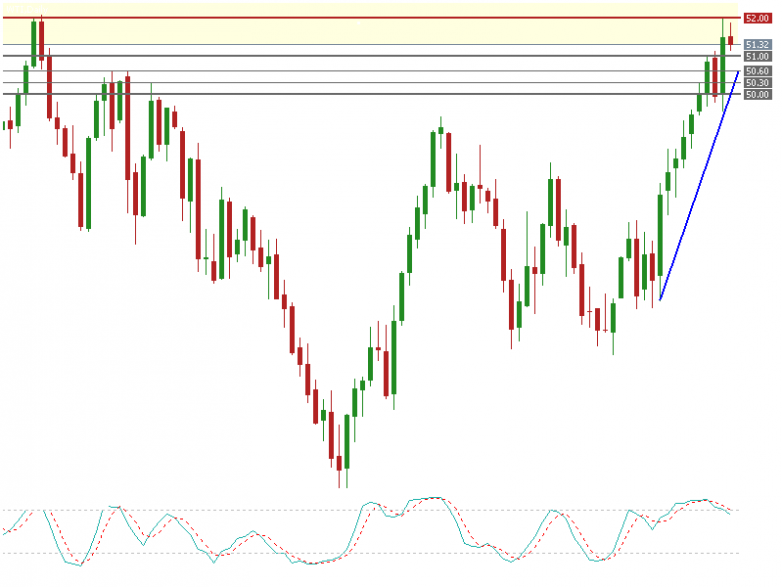