EURGBP Tests Major Support, ECB will be the Key Today

EURGBP pulled back since 12th October after testing the long term major resistance zone between 0.9060 – 0.9150, as the selling pressure is very heavy at this level.

Yet the price holds above the downside short term uptrend line support, where another support line at 0.8900 converges, which is providing a stronger support. The price is likely to rebound here.

In addition, the daily Stochastic Oscillator is below 20, suggesting a rebound.

The current trading pattern is likely to oscillate in the range between 0.8900 and 0.9060.

Keep an eye on the ECB interest rate and deposit rate decisions, to be released at 11:45 GMT today. The market expectations are the rates will likely remain unchanged. Yet we need to pay attention to the ECB president Draghi’s statement, to be released subsequently at 12:30 GMT, as unexpected wording will cause volatility for the Euro. 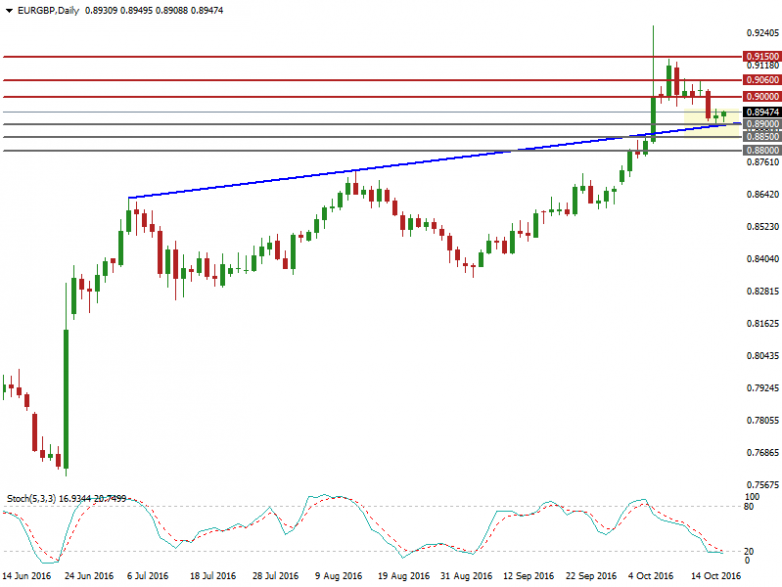 The Bank of Canada announced the interest rate remained unchanged at 0.5% yesterday. USDCAD fell to a 4-week low, testing the short term major support level at 1.3000 then rebounded.

Yet it is trading just below the mid-term major uptrend line resistance. In addition, the 4 hourly Stochastic Oscillator is above 90. The price is likely to pull back at this level. 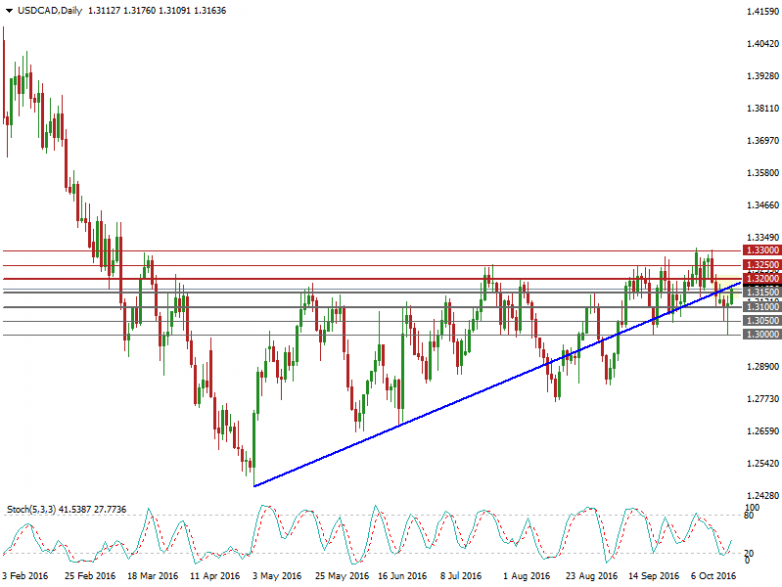 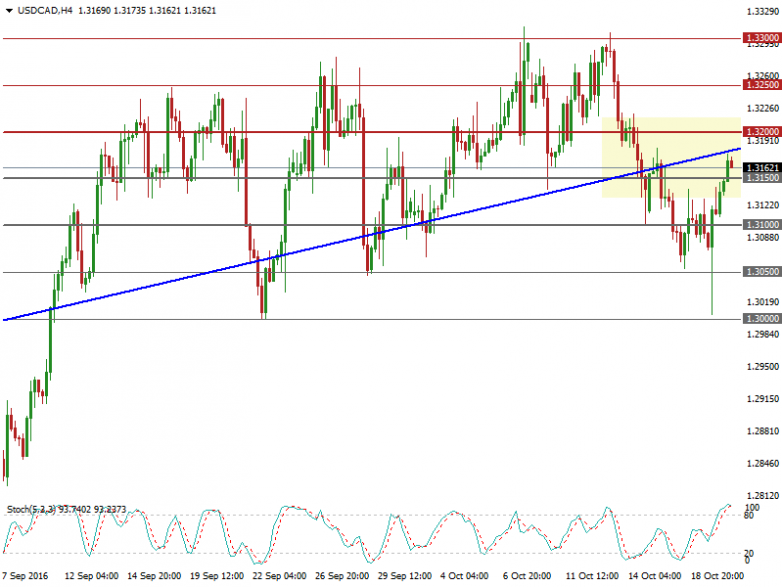