This morning we saw the release of the German and Eurozone Markit Manufacturing, Services and Composite PMI figures for October, all better-than-expected and the previous figures. The outperforming readings pulled EURUSD away from the support line at 1.0850.

EURUSD has been oscillating in a downtrend channel since the beginning of October, due to the strengthening of the dollar.

The ECB president Draghi stated last Thursday that If necessary, the large-scale asset purchase programme will last longer than scheduled, until the inflation reaches the ECB’s target. The statement further weighed on the Euro.

The trend of EURUSD still remains bearish, the subsequent trend depends on the strength of the dollar.

The range between 1.0850 and 1.0800 is the long term major support zone, which is providing a stronger support. The price will likely hold temporarily at this level, unless the dollar keeps on strengthening.

The daily Stochastic Oscillator is below 20, suggesting a rebound.

Today, three Fed presidents, and a FOMC member will speak. It will likely cause volatility for the dollar and EURUSD.

Chicago Fed president Evans will make a speech, at 17:30 GMT today. He said two weeks ago, that he sees no urgency for a December rate hike, as the inflation still remains below the Fed’s 2% target. If he also re-states a dovish comment today, then it will likely restrain the bullish momentum of the dollar.

The last speech today will be made by the FOMC member Powell, at 18:00 GMT.

We will also see the release of the US Markit Manufacturing PMI for October, at 13:45 GMT today. 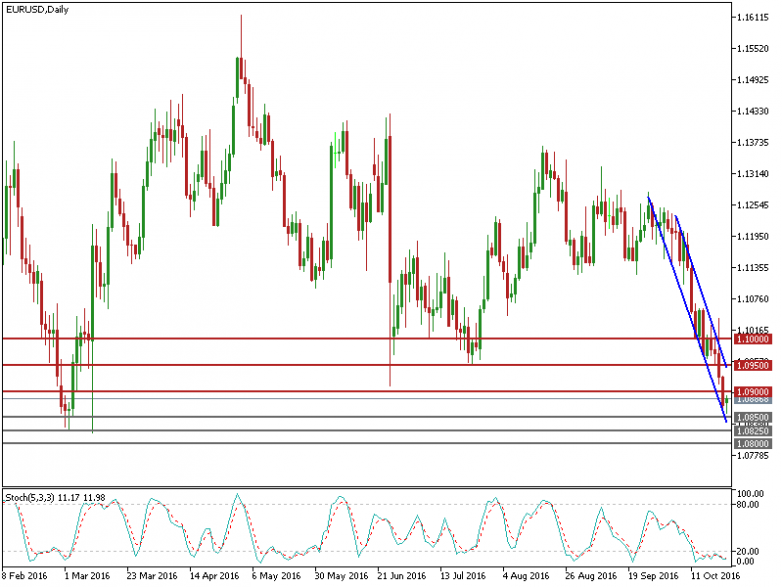 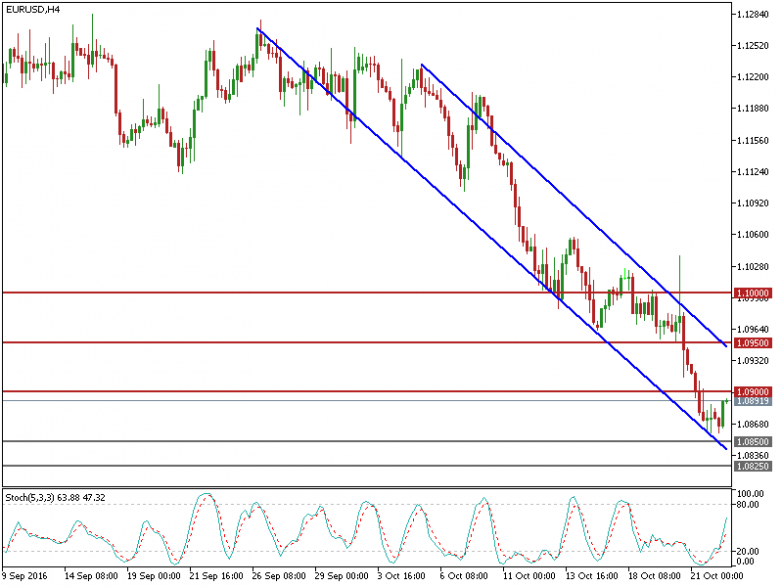