WTI spot had held above the significant support line at 50.00 in the past two weeks, after retracing from the mid-term major resistance level at 52.00.

Yet the support line has been broken yesterday, as the API Crude Oil Stock figure surged to 4.8 million barrels, hit the highest level since this April.

The breakthrough indicates that the trend will likely turn into bearish. The downturn is currently testing the next significant support zone between 49.40 – 49.00, if it is confirmed broken, then the bearish momentum will be intensified.

The 4 hourly Stochastic Oscillator is belwo10, indicating a moderate rebound will likely happen prior to the next fall.

Keep an eye on the US EIA Crude Oil Inventories figure, to be released at 14:30 GMT today, it will influence the trend of oil prices. It will be more likely we will see an excess according to the API figure. 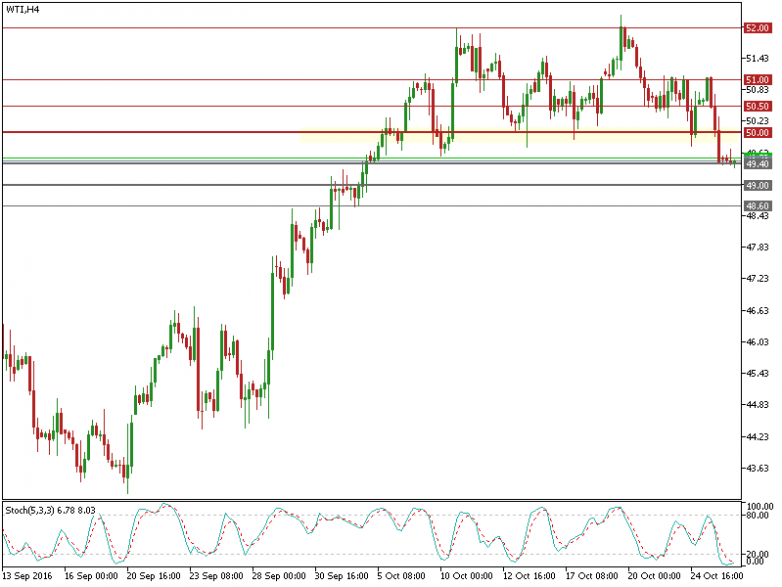 Despite the recent rally of the dollar, the gold prices remain firm after testing the significant mid-term support line at 1250, as this level provides very strong support.

Yet the current price is trading below the mid-term major resistance level at 1280, the selling pressure is heavy above the level. In addition, the 4 hourly Stochastic Oscillator is around 75. Be aware of a retracement at the level. 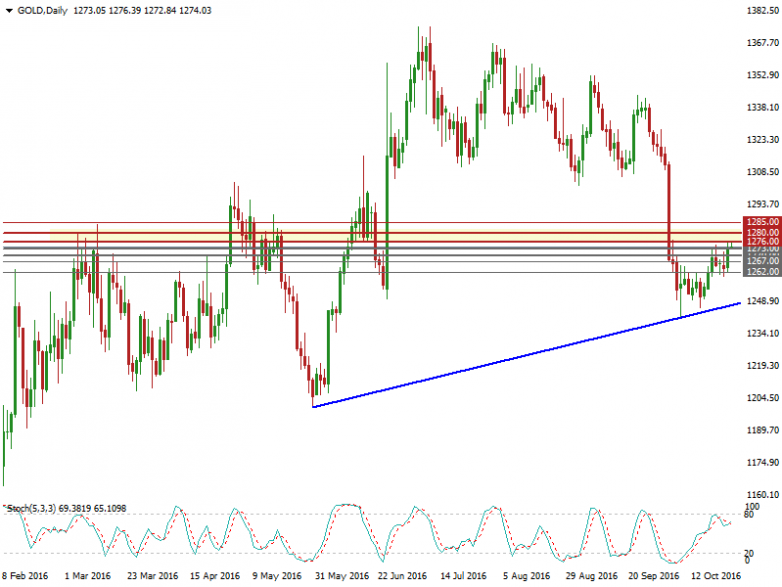 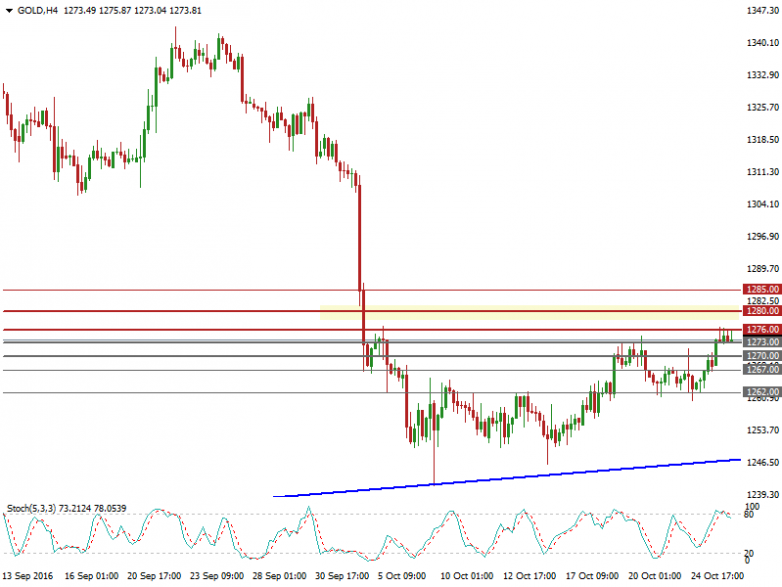