This morning we saw the release of the Eurozone Q3 GDP (QoQ and YoY), also the Eurozone CPI and Core CPI figures for October (YoY), all in line with expectations.

EURUSD has been oscillating in a downtrend channel since the beginning of October, due to the strengthening of the dollar and the ECB statement of potential extended stimulus measures.

The daily Stochastic Oscillator is below 20, suggesting a rebound.
Yet the RSI indicator is still below 50, indicating the bullish momentum still remains weak.

The current price is testing the upper band of the downtrend channel, where the resistance level at 1.0900 converges. The price will likely pull back at this level.

Keep an eye on the US PCE and Core PCE figures (MoM and YoY) for September, the US Personal Spending and Personal Income (Sep), to be released at 12:30 GMT today. As well as the Chicago PMI figure for October, at 13:45 GMT. It will influence the strength of the dollar and the trend of EURUSD. 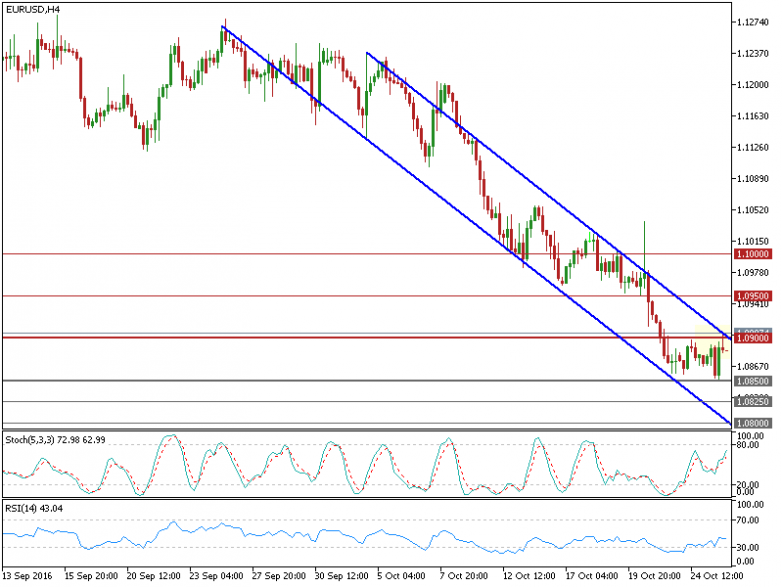 EURGBP has held above the downside short term uptrend line support, since the retracement on 18th October, where another support line at 0.8900 converges. This is providing a strong support.

The 4 hourly Stochastic Oscillator is heading downwards from above, indicating a retracement. 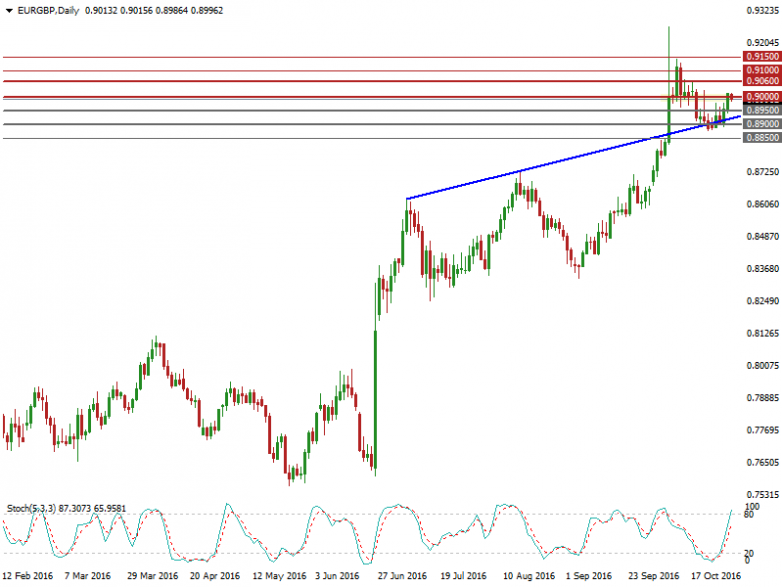 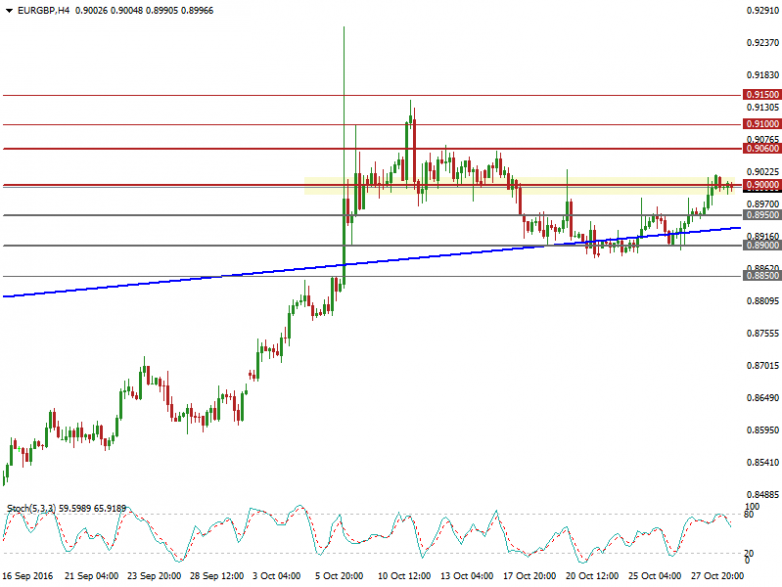