GBPUSD and Gold Test Trendlines, US ISM will be the Key

This morning we saw the release of the UK Markit Manufacturing PMI for October, was 54.3, slightly lower than expectations of 54.5, and the previous figure of 55.5.

GBPUSD has rebounded with strong bullish momentum, after testing the short term major support line at 1.2150 last Friday. It was helped by the Bank of England Governor, Carney’s announcement of his intention to stay until June 2019, also the weakening of the dollar as a result of Clinton’s email scandal.

The 4 hourly Stochastic Oscillator is above 70, be aware of a retracement.

The current price is still holding above the downtrend line. Whether the price can keep on holding here, will likely depend on the US ISM Manufacturing PMI and ISM Price Paid (Oct) figures, to be release at 14:00 GMT today. We can expect that it will cause volatility for the major currency pairs. 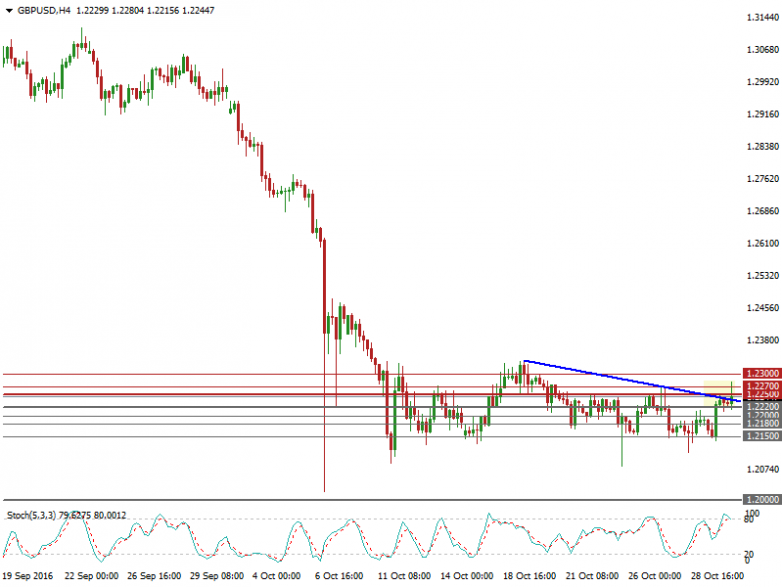 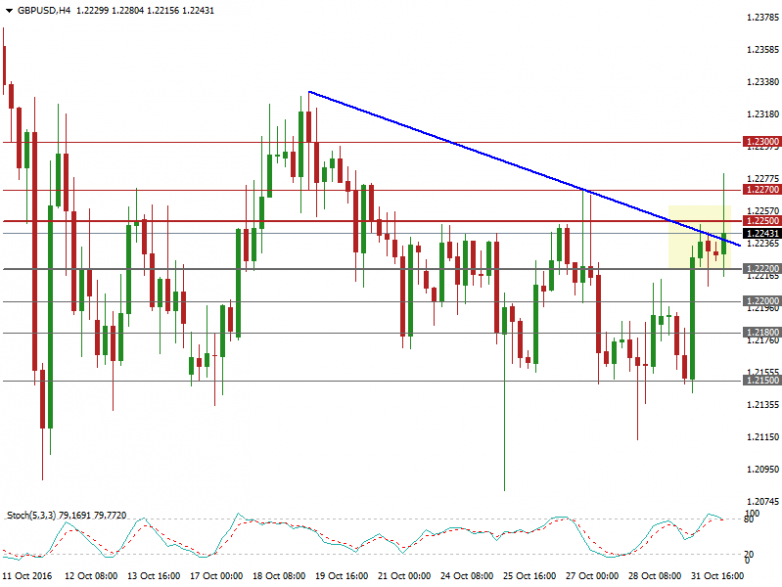 Gold prices have been bullish and moving upwards since 7th October.

Gold prices surged this morning helped by Clinton’s email scandal, market concerns about the US presidential election and risk-off reasons.

The resistance level at 1280.00 was broken with strong bullish momentum this morning.

It further tested the short term major uptrend line resistance, where the resistance level at 1285.00 converges, the selling pressure is heavier at this level, be aware of a retracement.

The 4 hourly Stochastic Oscillator is above 90, suggesting a pullback. 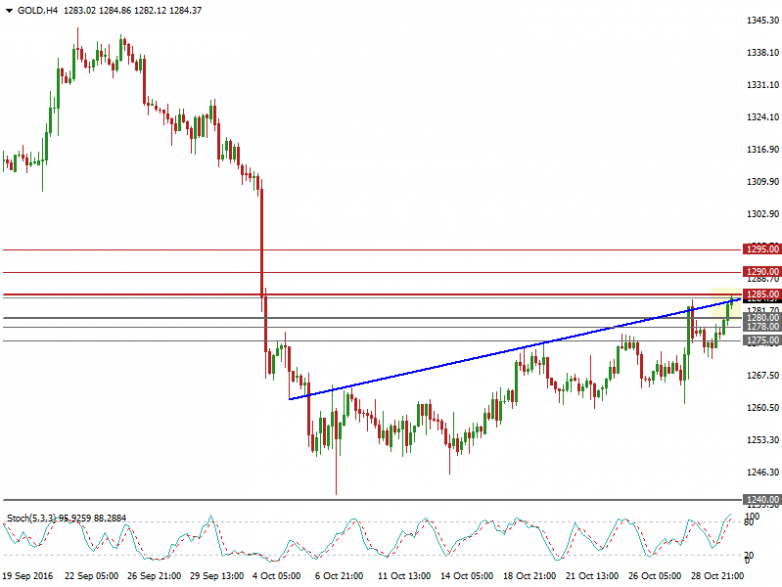