In the past week, EURUSD has oscillated in the newly formed uptrend channel.

EURUSD has broken the significant resistance level at 1.1000 and the upper band of the uptrend channel with strong bullish momentum yesterday, as the dollar weakened, caused by the narrowing US polls.

The current price is trading below the short term major resistance zone, between 1.1100 to 1.1140, the selling pressure will get heavier at this level.

The 4 hourly and the daily Stochastic Oscillators are both above 80, also the 4 hourly RSI indicator is around 80, suggesting a retracement.

The price will likely pull back and test the uptrend channel support.

We can expect that it will cause volatility for the dollar, major currency pairs, equities and precious metals. 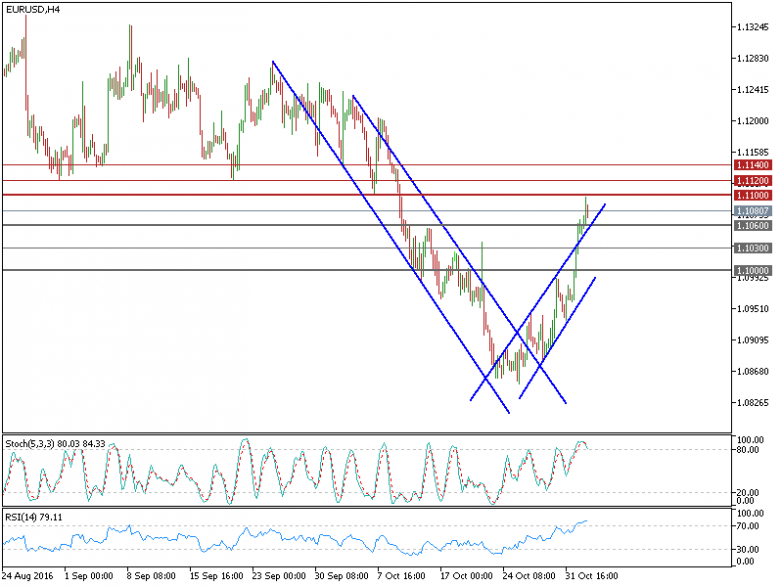 DAX index has retraced since 25th October, after testing the long term resistance level at 10850. The pullback was followed by a sharp fall yesterday, as a result of the uncertainty associated with the US presidential election.

The range between 10340 – 10400 is the short term support zone, which is providing a stronger support, the bearish momentum is likely to wane temporarily at this level.
Yet caution should be taken before the release of the US election outcome. 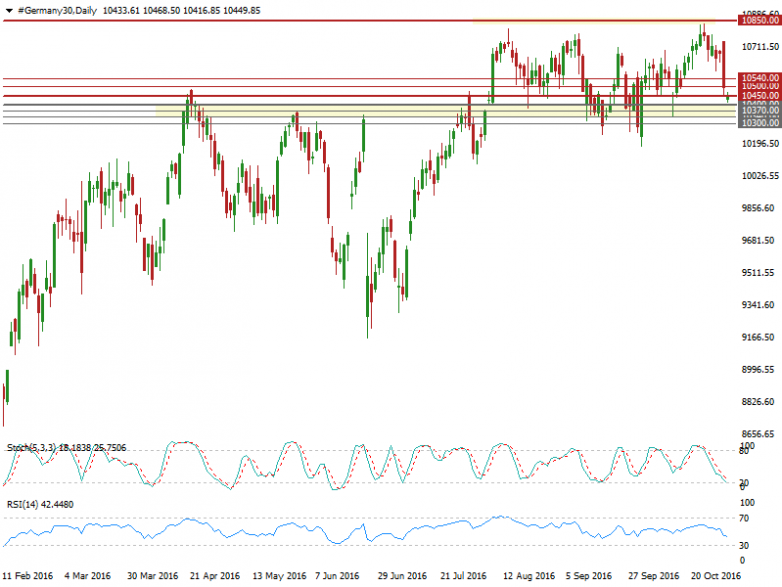 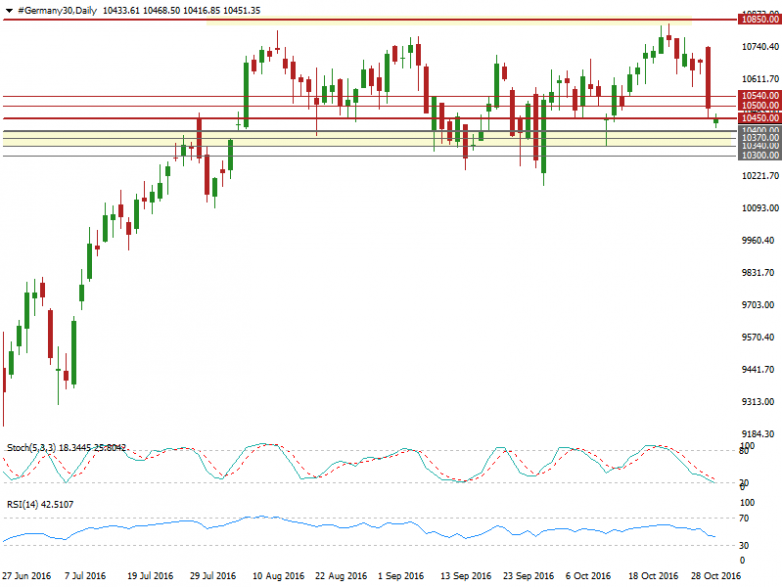