As the world obsesses about the US election, we’re going to look at China and the currency in particular. China has always been the ‘elephant in the room’ for the global economy. It maintained strong levels of growth in the wake of the global financial crisis, supporting world demand as major markets slumped. But this was at the cost of greatly expanded lending, a cloud which has hung over China in recent years.

Much has been made in the past few weeks of the move higher in the USDCNY exchange rate, which has moved to fresh highs close to the 6.80 level. But less has been made of the fact that against other currencies it has been more stable and that is where the People’s Bank of China (PBoC) has been focused. But we are now very close to the 6.83 level where USDCNY was pinned during the 2009-10 period, before the yuan was allowed to move higher, so the recent price action is crucial from a historical and policy perspective.

From a technical perspective, USDCNY hit a 6-year high just below 6.78 towards the end of October, due to the recent strengthening of the dollar. The price has been moving along the downside uptrend line support since August 2015, and has been oscillating in the newly formed uptrend channel since this May.

In addition, the price has been moving alongside the upper band of the Bollinger Band indicator, since the beginning of this October, suggesting the bullish momentum has been intensified. The middle band provides a support.

The trend of USDCNY still remains bullish. Yet the current price is trading below the major resistance zone, where the significant resistance level at 6.8000, and the upper band of the uptrend channel converge. The bullish momentum is likely to be restrained at this level. 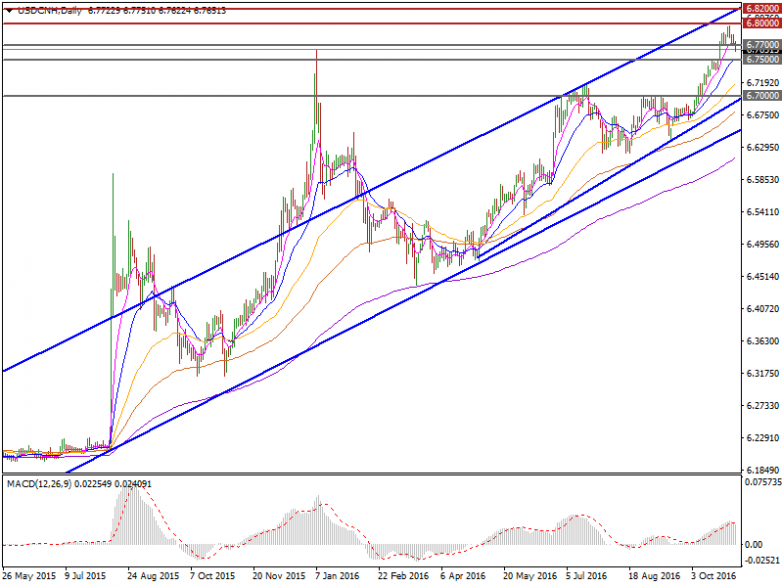 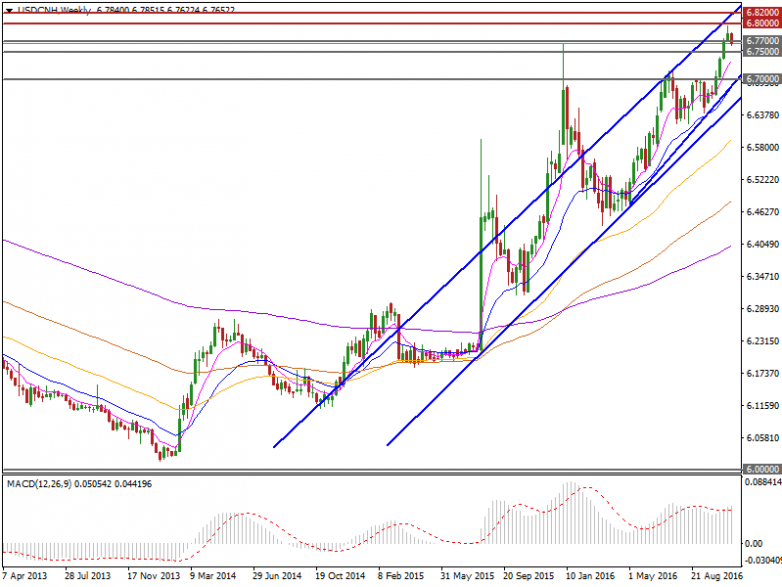