Sterling Surged on the UK High Court Lawsuit over Article 50

GBPUSD has turned bullish and been trading above the downside uptrend line support since 31st October, as a result of the weakening of the dollar.

Today we saw the release of the UK Markit Services PMI, rose to 54.3, surpassing expectations of 52.4, and the previous figure of 52.6.

The outperforming figure helped GBPUSD rally and test the resistance level at 1.2360.

We also saw an important news released, the UK’s High Court announce that the UK government can’t trigger the Article 50 without the permission from the parliament.

Currently the price is moving along the upper band of the Bollinger Band indicator, suggesting the trend remains bullish.

The Bank of England will announce the interest rate decision, Asset Purchase Facility, and Minutes, at 12:00 GMT. The BoE Governor Carney, will make a speech subsequently at 12:30 GMT. We can expect that it will cause volatility for Sterling crosses. 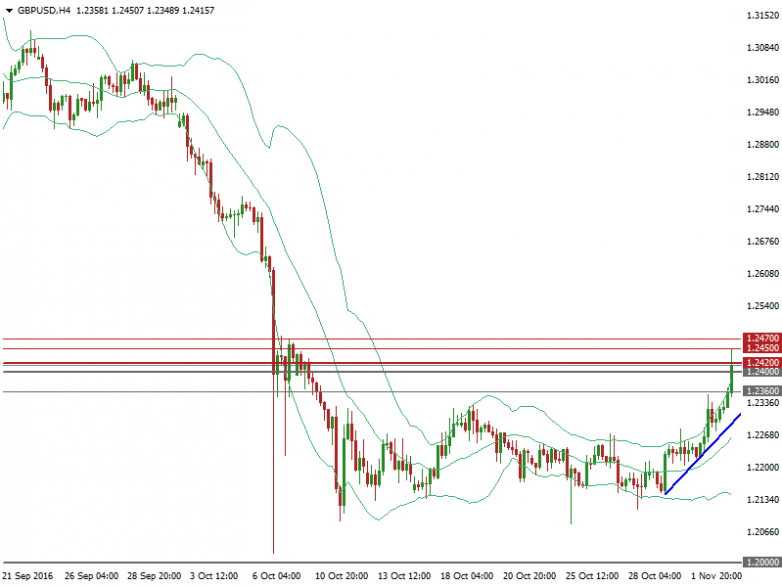 USDJPY has turned bearish after breaking the uptrend line support on 1st November, as the dollar weakened.

It has reached the short term major support zone, between 102.70 to 103.00, the price is likely to rebound at this level.

The 4 hourly RSI indicator is below 30, suggesting a rebound.

Keep an eye on the US Initial Jobless Claims, to be released at 12:30 today, followed by the ISM Non-Manufacturing PMI (Oct), Markit Services PMI and Composite PMI (Oct), to be released between 13:45 – 14:00. We can expect that the figures will cause volatility to the dollar crosses, and precious metals.
With better-than-expected figures, USDJPY will likely rally and test the resistance levels.
With lower-than-expected figures, USDJPY will likely fall and test the support levels. 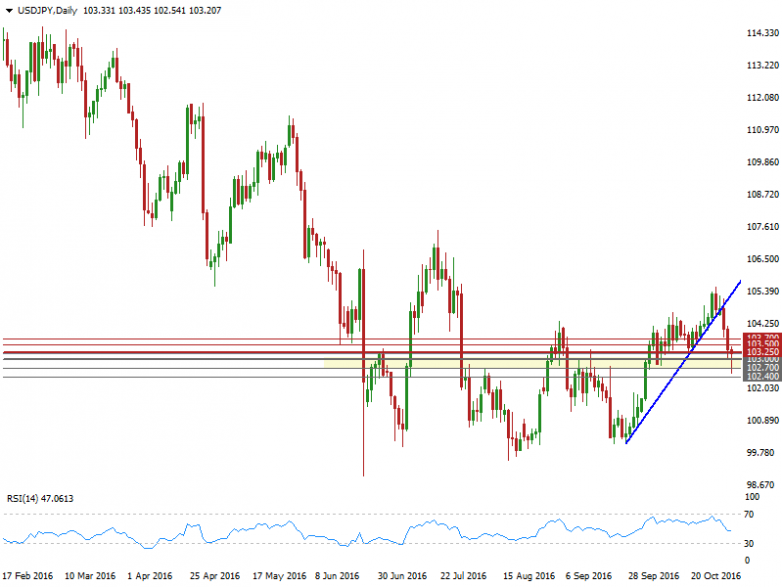