USDCAD has seen a substantial rebound from a three-week low of on the US election night. It has been trading above the downside uptrend line support with strong bullish momentum.

Yet the current price is trading around the resistance zone between 1.3500 – 1.3520, the bullish momentum is likely to be restrained at this level.

If it is confirmed broken, then the next resistance level is 1.3550.

Keep an eye on the US Michigan Consumer Sentiment Index (Nov), to be released today at 15:00 GMT, as it will likely influence the trend of USDCAD. 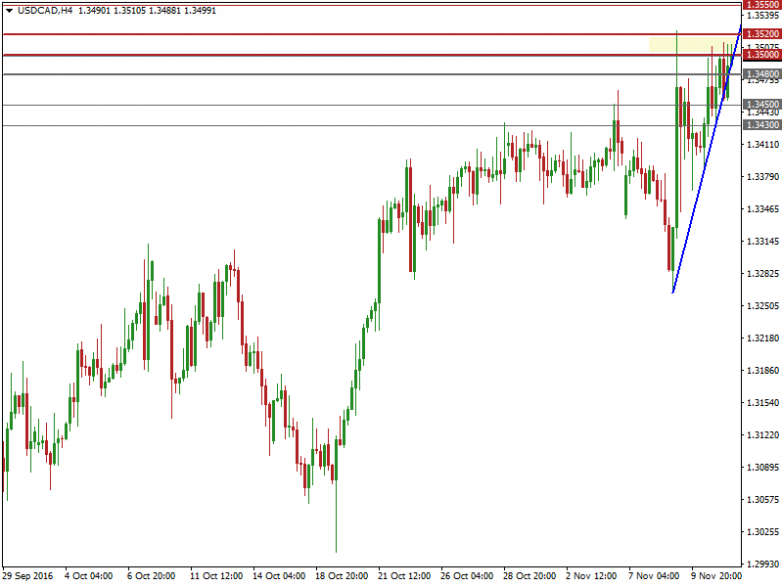 Gold has retraced substantially since the US election day, from a six-week high of 1337.16, after testing the upper band of the consolidation pattern, as a result of the ease of uncertainty.

The current price is trading above the lower band of the consolidation pattern, where the mid-term major support line at 1250.00 converges. The downturn is likely to be held at this level.

Keep an eye on the Fed Vice Chair Fischer’s speech and the US Michigan Consumer Sentiment Index, to be released today at 14:00 and 15:00 GMT respectively, as it will likely influence the trend of gold. 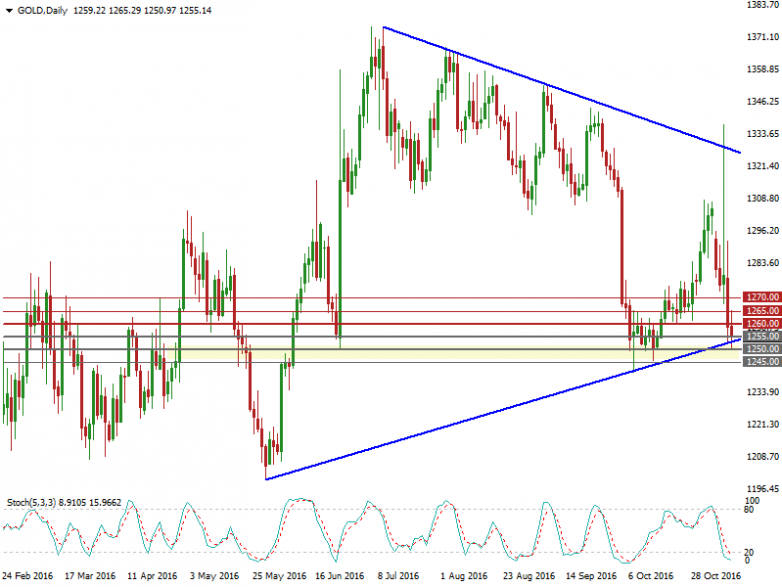