The S & P 500 index has seen substantial gain post the US election.

The trend remains bullish, yet the current price is trading below the near term major resistance zone, between 2190 – 2200, the selling pressure is heavier at this level. The bullish momentum is like to be restrained at this level.

The 4 hourly and daily Stochastic Oscillators are both above 80, suggesting a retracement. 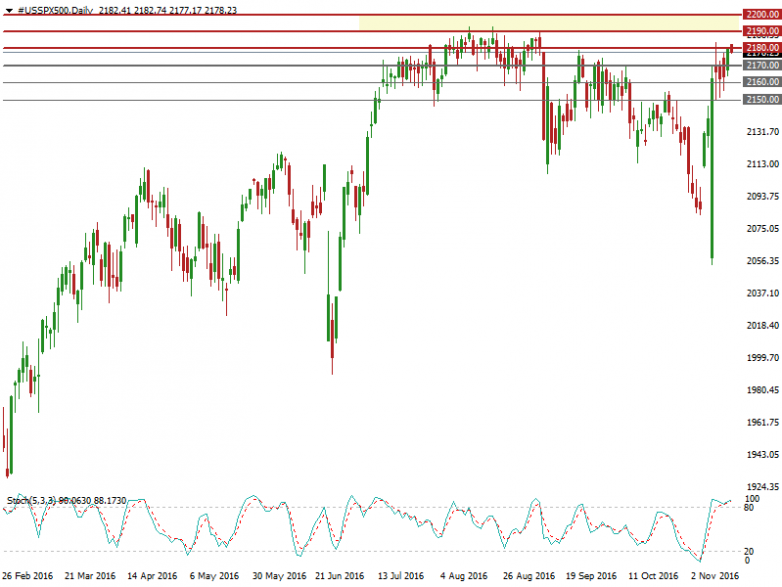 USDCAD has retraced since 14th November, after testing the significant resistance level at 1.3600.

The price rebounded after testing the support level at 1.3430, as the range between 1.3400 – 1.3430 is the near term major support zone, which is providing a strong support level. The price is likely to hold above this level.

Yet the current price is nearing the 10 SMA, where the resistance level at 1.3480 converges, the bullish momentum is likely to be restrained at the level. If the dollar keeps on strengthening, then the level will likely be broken.

The 4 hourly Stochastic Oscillator is around 30, suggesting a rebound.

Keep an eye on the US Industrial Production (MoM) and Capacity Utilization for October, as it will likely influence the strength of the dollar and the trend of USDCAD. 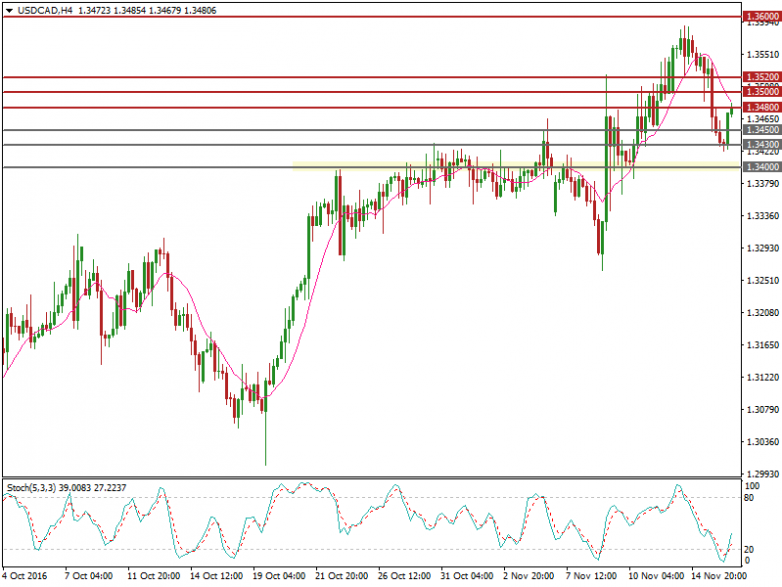