OPEC will hold the next meeting in Vienna on 30th Nov, discussing about further details regarding output freeze.

Due to the market expectations on the likely agreement after the meeting, oil price has rebounded since 14th Nov, after testing the long term significant support line at 43.00. From 14th to 22nd Nov, WTI spot has rebounded 8.86%, trading above the downside uptrend line support.

The conflicts of interests between member states is another major difficulty for reaching an unanimous agreement.

The firming of the dollar has restrained the bullish momentum.

If there is no concrete agreement made after the Vienna meeting, then oil prices will likely see a sharp and substantial fall. Nevertheless, before the release of the outcome, the market expectations will likely provide a support to the oil price.

The daily Stochastic Oscillator is above 80, suggesting a retracement.

The current major support line is at 47.50, where the 50 SMA situates.

Keep an eye on the EIA Crude Oil Inventories figure, to be released at 15:30 GMT today, it will make an impact on oil prices. 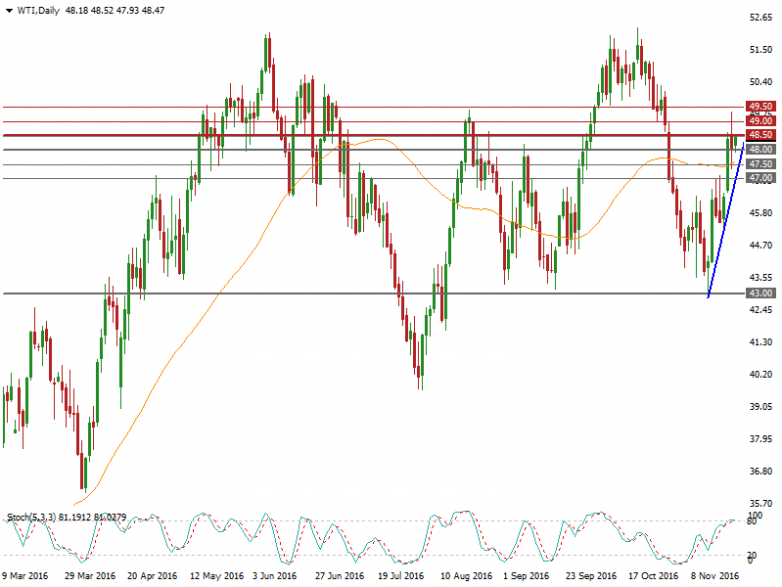