Dollar Correction, Time For USDJPY and EURUSD to Consolidate?

USD/JPY has seen a substantial gain of 7.68% since the US presidential election, due to the firming of the dollar.

The price has been moving along the downside uptrends line support from 9th to 25th November, indicating strong bullish momentum.

Yet on the 4 hourly chart, the price broke the trend line support on 28th November with a long bearish candle, as a result of the retracement of the dollar.

Also the price is nearing the mid-term major resistance at 114.00, the selling pressure above the level is heavy and the bullish momentum is likely to be restrained at this level.

The daily RSI indicator and Stochastic Oscillator are both above 70, suggesting a correction.

We will see the release of a series of the Japanese labour market and retail sales figures for October, to be released at 23:30 GMT today. It includes the Unemployment Rate, Job Applicant Ratio, Overall Household Spending (YoY), Large Retailer’s Sales (YoY), and Retail Trade (YoY).

The figures will likely influence the strength of the yen, and the trend of USD/JPY. 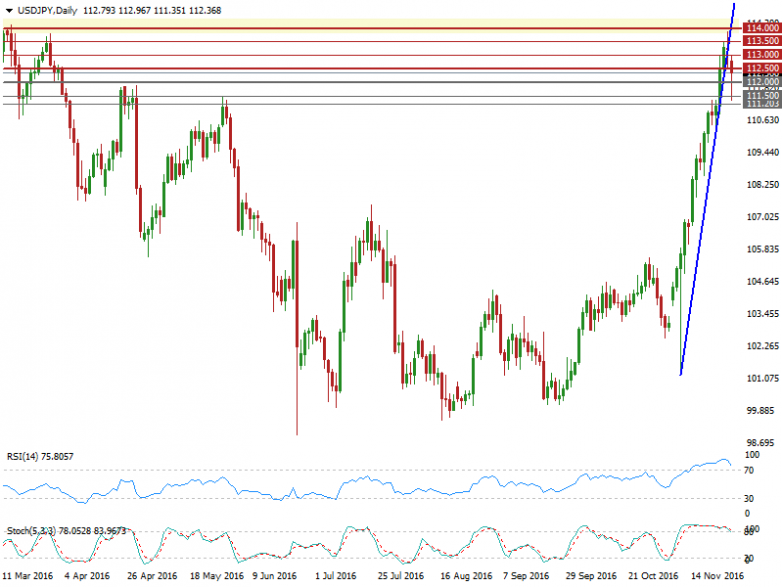 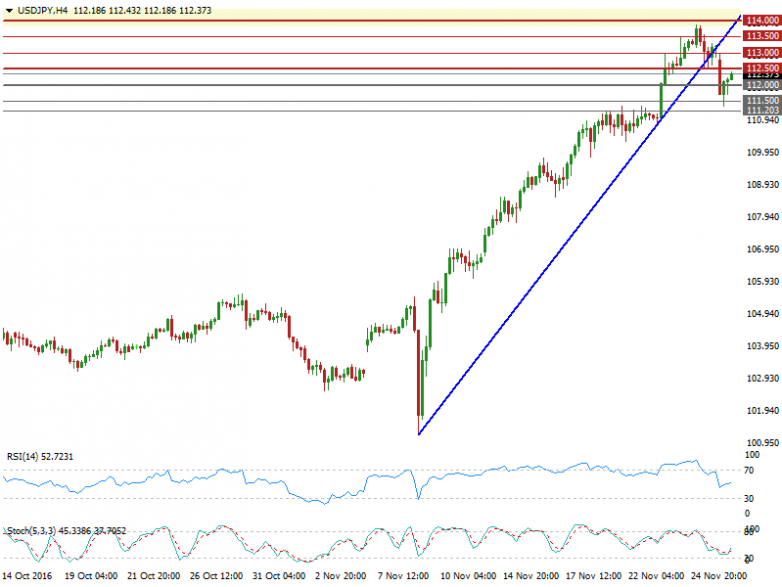 EUR/USD has retraced 3.27% from the US presidential election date, to 24th November and hit an eleven-and-a-half-month low of 1.0551 on 24th November as a result of the strengthening of the dollar, marking the longest losing days since 1999.

Yet the price has rebounded after testing the long term significant support zone between 1.0550 – 1.0600, as it provides a very strong support.

On the 4 hourly chart, the price has been moving from the lower band of the Bollinger Band indicator towards the upper band since 25th November, indicating the bearish momentum is waning.

The daily RSI indicator and the Stochastic Oscillator are both moving upwards, suggesting a rebound.

Keep an eye on the ECB president Draghi’s speech, to be released at 14:00 GMT today, it will likely influence the strength of the Euro, and the trend of EUR/USD. 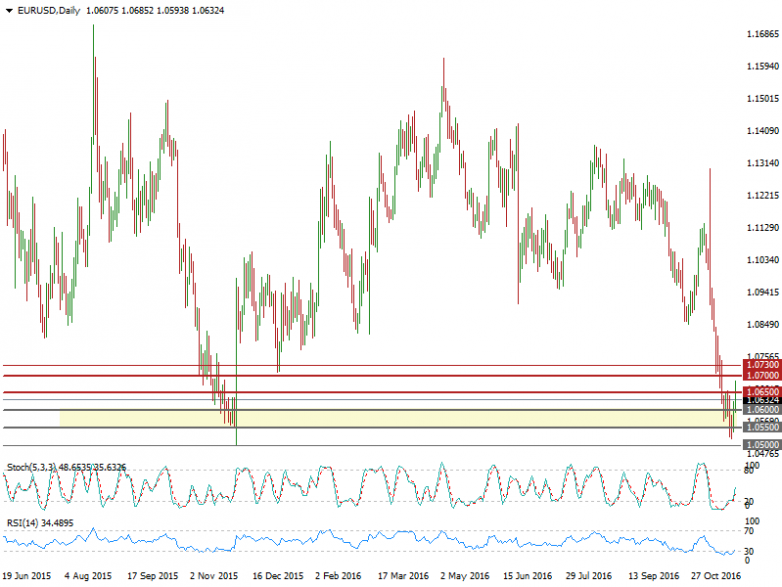 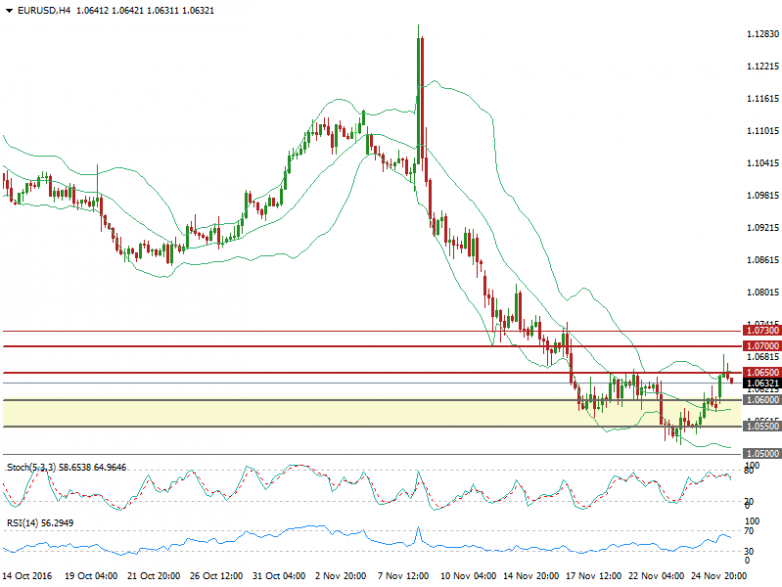