GBP/USD has turned bullish, and been trading above the downside uptrend line support since 25th October, due to the strengthening of the Sterling.

This morning we saw the release of the UK Consumer Credit and Mortgage Approvals figures for October, were 1.618 billion and 67.518 K, both better than expectations of 1.5 billion and 65 K.

The figures helped GBP/USD surge with a long bullish candle, from the support line at 1.2420, testing the resistance level at 1.2470, yet the selling pressure above the level is heavy.
The current trading pattern is likely to oscillate in the range between 1.2400 and 1.2500.

Keep an eye on the US Q3 GDP figures (second reading), to be released at 13:30 GMT today, as it will likely influence the trend of GBP/USD. 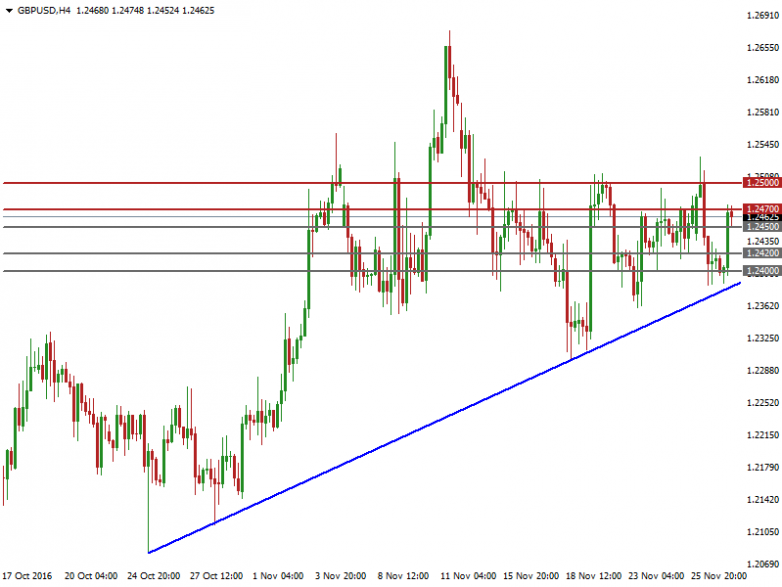 EUR/GBP has seen a substantial gain of 3.63% since the US presidential election, due to the weakening of the Euro and the strengthening of the Sterling. On 24th November, the price hit a two-and-a-half-month low of 0.8459.

Yet the price has been held above the downside mid-term major support at 0.8500, since 24th November, as the level provides a strong support.

Today we saw the release of the UK Consumer Credit and Mortgage Approvals figures for October, were 1.618 billion and 67.518 K, both better than expectations of 1.5 billion and 65K. The figures weighed on EUR/GBP, testing the significant support at 0.8500 again and held.

The daily Stochastic Oscillator is moving upwards from 30, suggesting a rebound.

We will see the release of the German CPI figures (MoM and YoY) for November, to be released today at 13:00 GMT. It will likely influence the strength of the Euro and the trend of EURGBP. 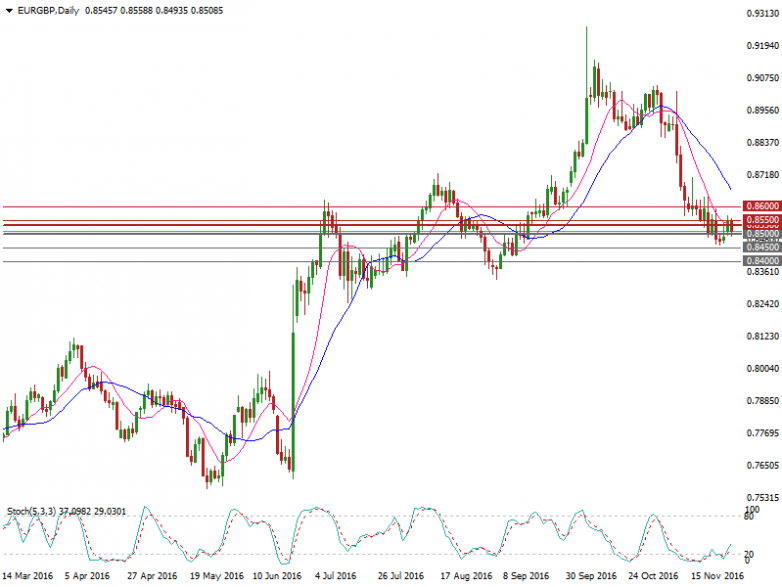 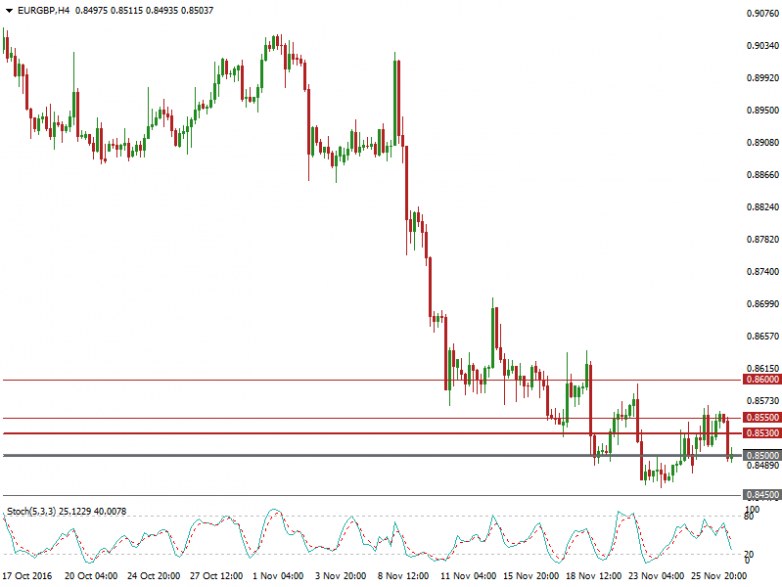