Yesterday the UK Markit Manufacturing PMI was released, rose to 56.1 in Dec from 53.6 in Nov, surpassing expectations of 53.0, and marking the best reading since Jun 2014.

GBPUSD rallied and tested the resistance level at 1.2400 on 30th Dec, yet it was followed by a retracement at the beginning of new year due to the strengthening of the dollar. The price rebounded after touching the significant support level at 1.2200 yesterday afternoon, as it provides a stronger support.

On the 4 hourly time frame, GBPUSD is currently trading below the 20 and 50 SMAs, and nearing the near term major resistance level at 1.2300. The bullish attempt is likely to be restrained at this level.

The current pattern is likely to be a range bound.

It is only 2-3 months ahead of the UK Prime Minister Theresa May’s appeal to trigger Article 50 by this March. The case is now in the UK Supreme Court procedure; the final decision will be due on 9th this month.

FOMC will release Minutes at 19:00 GMT this evening. Yet the expectations of the projected three rate hikes in 2017 has been largely reflected on the recent strength of the dollar. Thus we can expect less volatility from this Minutes. 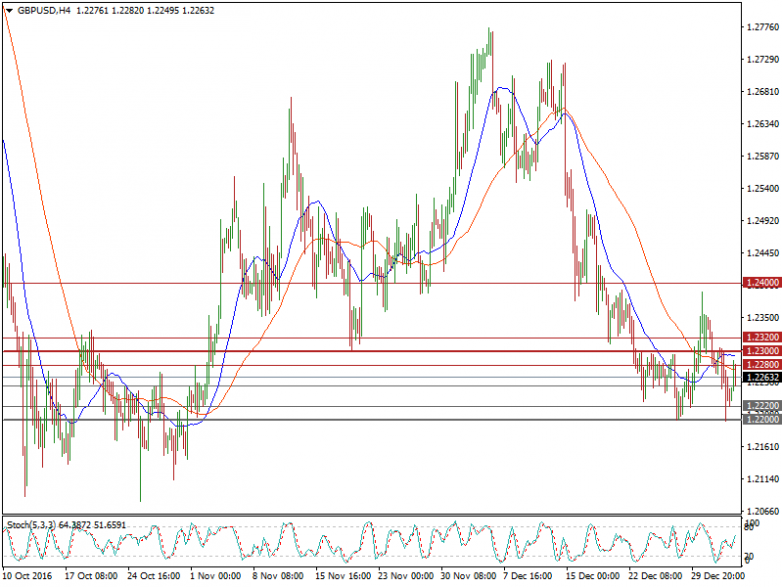 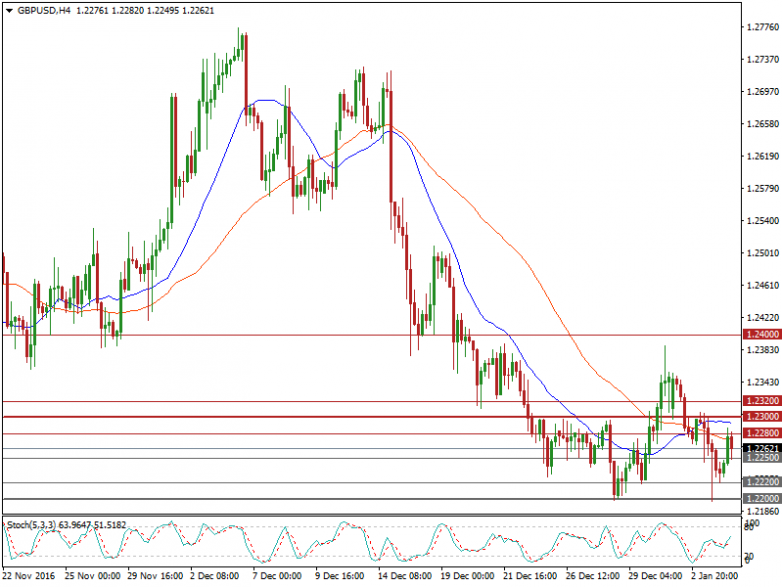