The dollar index (DXY) fell below 102.00, to a three-week low of 101.73 during early European session, the biggest loss since the US presidential election. DXY retraced from a 14-year high since this Tue, due to the wane of bullish momentum. The near term major support line at 102.50 was broken this morning, following the announcement of FOMC Minutes.

Although the committee expects a gradual rate hike over the coming years, yet Trump’s policies would likely cause great uncertainty to the path of fiscal policy and the economy. Hence the pace of interest-rate increases may occur faster than planned.

The pattern of DXY has been changed from uptrend to consolidation, the bullish momentum has been waning.

USDCAD hit a 10-month high on 28th Dec, yet followed by a substantial 1.9% retracement, as a result of the weakening of the dollar.

The downtrend has been held after testing the support line at 1.3250 this morning, where the 100 SMA situates on the daily time frame.

The range between 1.3250-1.3200 is the mid-term major support zone, where provide a strong support, the bearish momentum is likely to wane at this level.

Both the 4 hourly and daily Stochastic Oscillators are below 30, suggesting a rebound.

At the beginning of the new year, a series of important US economic figures are released during the first week.

We will see the release of a series of influential US economic figures (Dec) this afternoon. ADP Employment Change, and Initial Jobless Claims, at 13:15 and 13:30 GMT respectively.
Markit Services and Composite PMI figures, at 14:45 GMT. ISM Non-Manufacturing PMI, at 15:00 GMT.

US Crude Oi Inventories figure for Dec, will be released at 16:00 GMT.

Keep a close eye on those figures, as it will cause volatility on the dollar and dollar crosses. 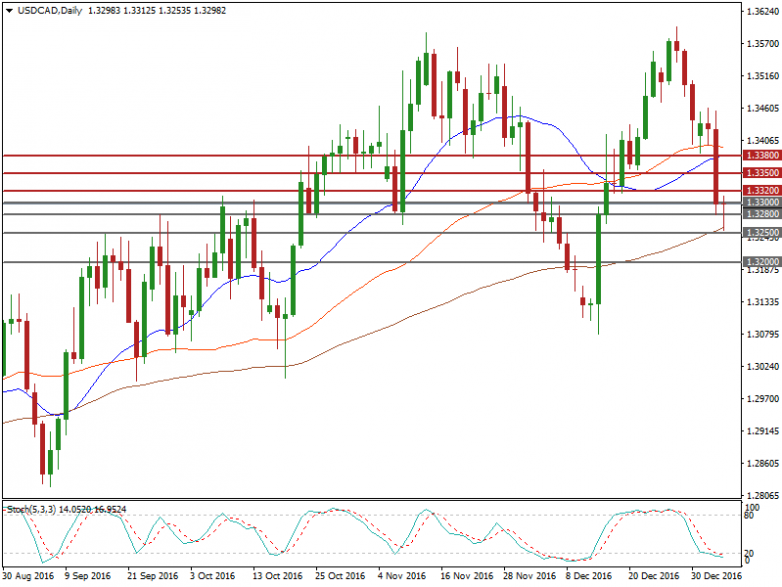 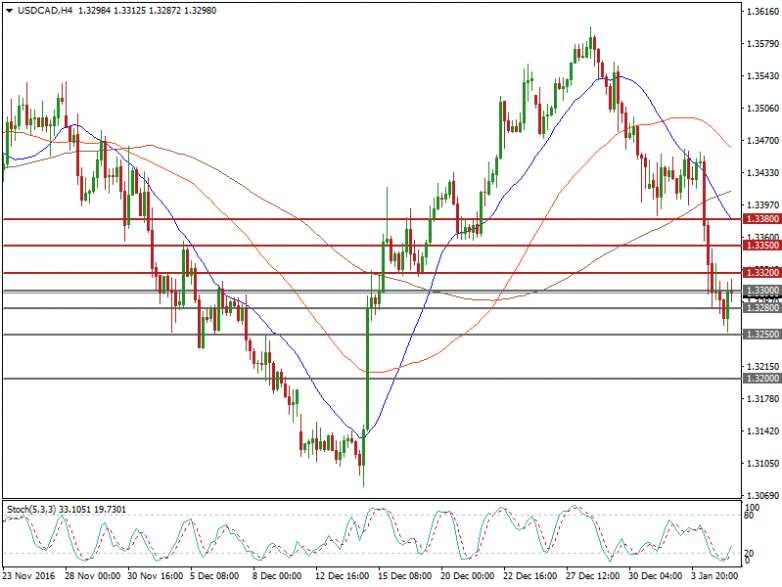