Yesterday we have seen a 1.03% retracement of the dollar, which was the biggest loss since the US presidential election. The downside uptrend line support was broken by a long bearish candle.

Yesterday the support level at 102.50 was broken during early Asian session. It was followed by a rebound, testing the level, yet retraced after the release of the lower-than-expected US labour market figures.

Although the subsequently released US ISM Non-Manufacturing PMI was better-than-expected. Nevertheless, it failed to help push the dollar up, the dollar fell further. The support lines at 102.00 and 101.50 of the Dollar Index were broken respectively, hitting a new three-week low of 101.29.

The substantial retracement of the dollar is likely caused by profit taking pressure after the significant gain over the past two months. Also, the lack of subsequent factors to fuel dollar bull might be another reason, as the expectations to potential rate hikes and Trump’s policies in 2017 has been largely priced in.

On the daily time frame, the downside uptrend line support of USDJPY was broken by a long bearish candle, signalling a likely reversal of the post-election-uptrend.

In addition, the near term major support line at 116.00 was broken for the first time since the mid-Dec, the upside selling pressure is increasing.

The 4 hourly MACD indicator, extended momentum in the bearish slope.

The first Non-Farm Payroll and Unemployment figures (Dec) of the new year is going to be released shortly at 13:30 GMT this afternoon.

In terms of yesterday’s phenomenon, if the NFP figure released is close to, or below expectations, it is likely that we won’t see a notable USDJPY gain.

Be aware that, according to past experiences, the move is likely to reverse in the first hour after the release of NFP figures. 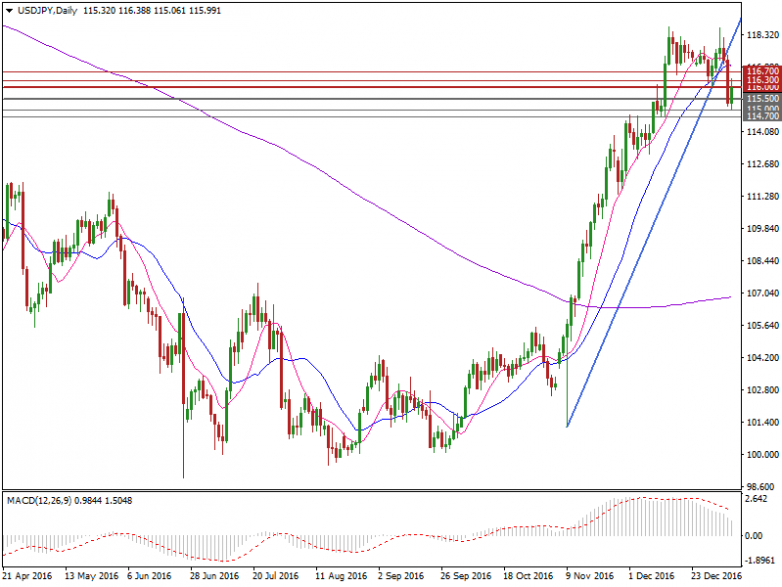 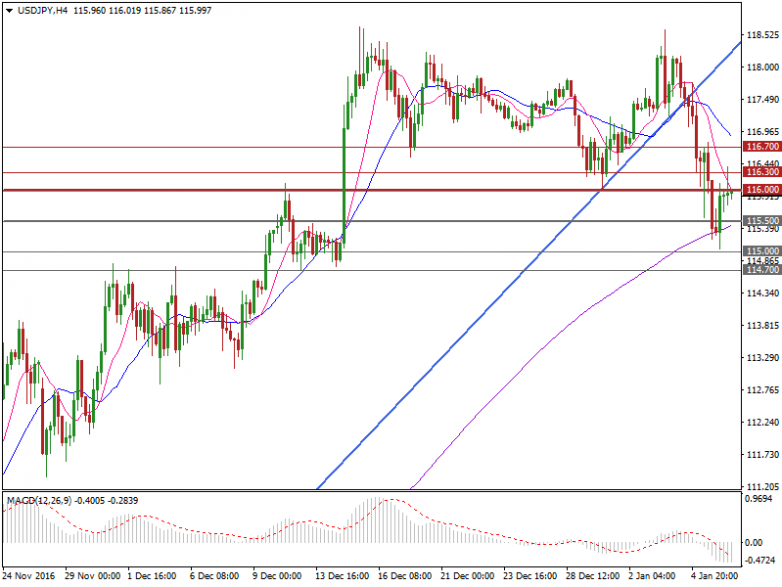