Time for DAX to Correct after the Dec Surge ?

We have seen the release of a series of German economic data for Nov this morning, which were overall better than the previous figures.

The Eurozone Unemployment Rate was also released this morning, in line with the expectations and the previous figure of 9.8%.

The better than expected German economic figures failed to help the DAX Index rally, as it was trading below the near term major resistance level at 11640, where the selling pressure is heavy.

The DAX Index has surged since 5th Dec with strong bullish momentum. Yet the uptrend has turned into consolidation pattern since the beginning of this year, due to upside increased profit taking pressure. Be aware that a rebound is likely to be followed by a deep retracement.

On the 4 hourly time frame, the 10 SMA is crossing over 20 SMA, indicating a reversal of the trend.
The daily Stochastic Oscillator is heading downwards, indicating a retracement. 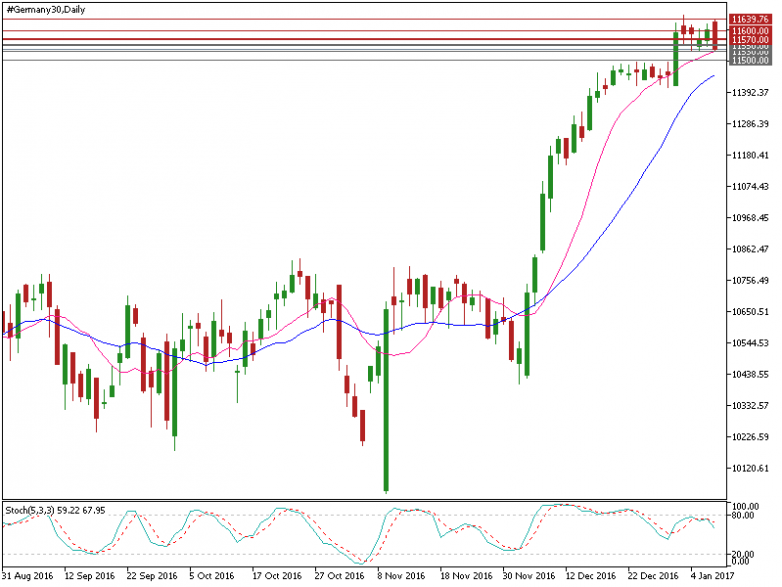 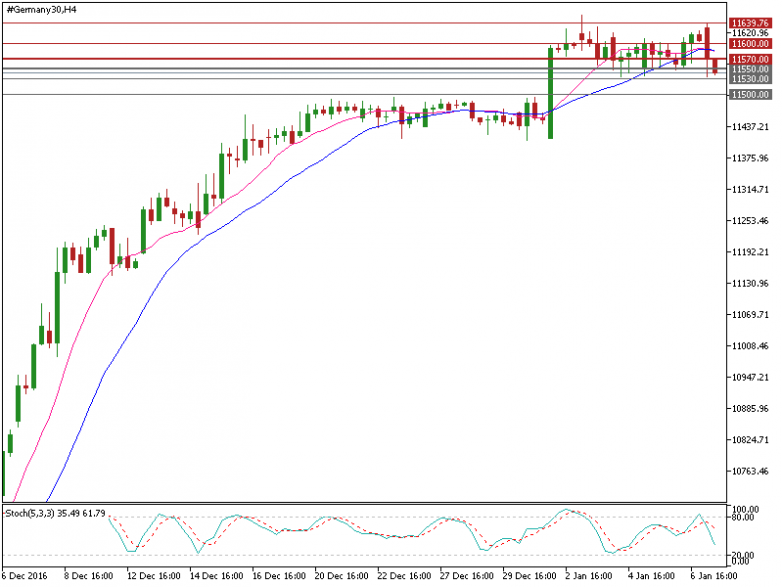