GBPUSD has rebounded after testing the short term major support line at 1.2100, where provides a strong support.

GBPUSD fell more than 1% after the interview between Sky News and the UK PM Theresa May about an inevitable hard Brexit and the implication of leaving the EU single market. GBPUSD hit the lowest level of 1.2106 since 25th Oct 2016.

On the 4 hourly chart, currently GBPUSD is trading below the 10 SMA, where the resistance level at 1.2150 converges, the bullish attempt is likely to be restrained at this level, prior to the next rally.

The 4 hourly Stochastic Oscillator is moving upwards, suggesting an uptrend.

The UK Supreme Court will make the final decision this month on the UK government’s appeal for triggering the Article 50 to leave the EU. We can expect it will cause great volatility to Sterling and Sterling crosses.

Keep an eye on a series of UK economic data for Nov, to be released tomorrow Wed 11th Jan, at 09:30 GMT. It includes Manufacturing PMI, Industrial Production, and Trade Balance, which will likely influence the strength of Sterling. 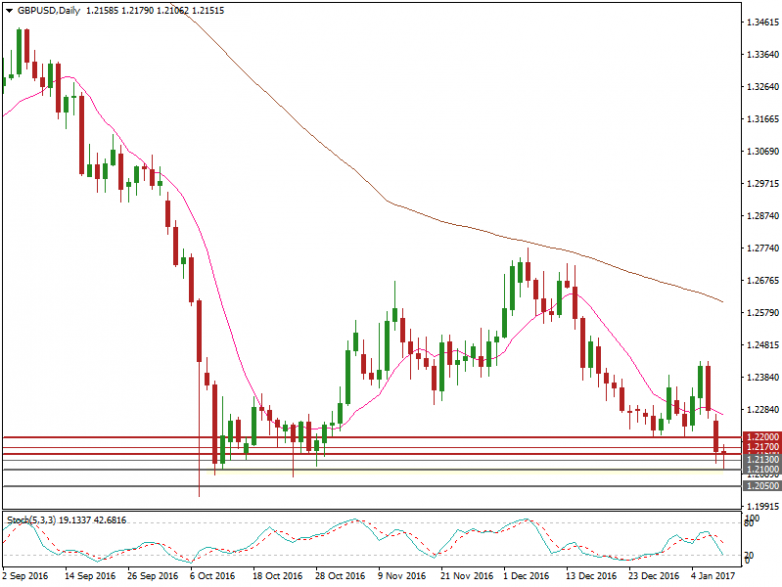 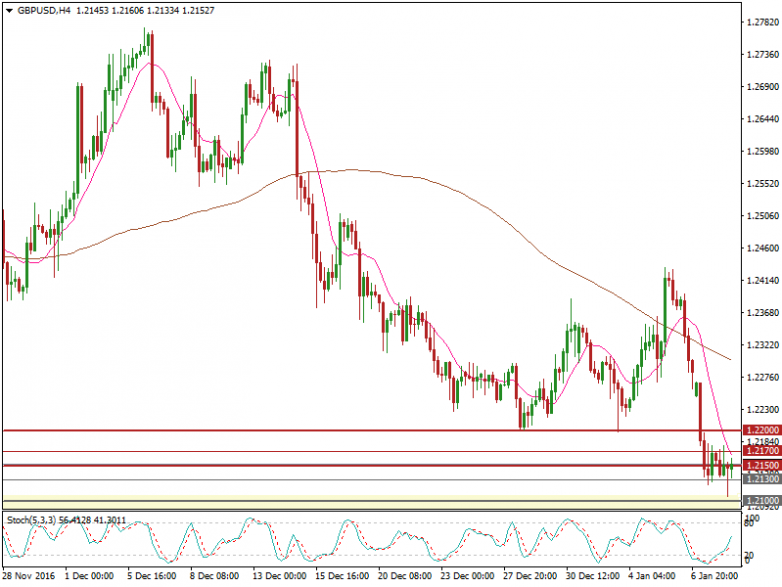 On the daily chart, EURGBP broke the downtrend line resistance and the resistance level at 0.8600 yesterday by a long bullish candle, as a result of the weakening of Sterling.

The 10 SMA crossed over the 20 SMA, indicating the trend has turned bullish.

EURGBP rallied more than 1% after the interview between the Sky News and the UK PM Theresa May, about an inevitable hard Brexit, and the implication of leaving the EU single market.

Yet the 4 hourly Stochastic Oscillator is crossing over from top, suggesting a retracement prior to the next rally. 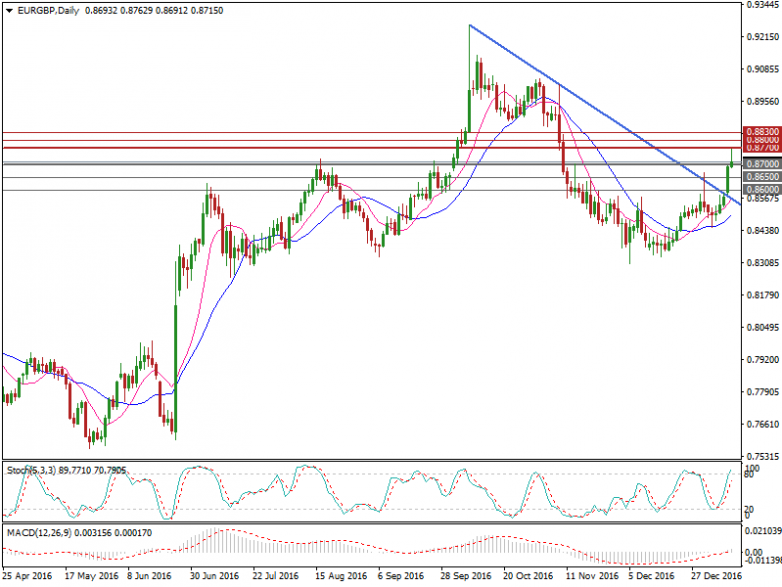 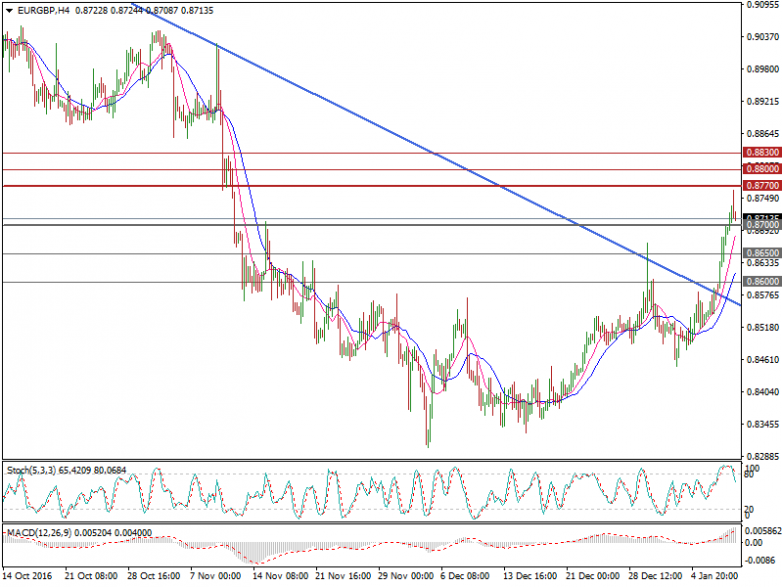