President Elect Trump’s first press conference after his victory in the US presidential election, was held yesterday around at 16:00 GMT. It has caused great volatility to the dollar and the markets.

Before the start of the press conference, the dollar index surged from a support line at 102.00, testing the resistance at 103.00, reaching the intra-day high of 102.955.

Nevertheless, as soon as Trump’s statement started, a sell-off of the dollar has been triggered.

Trump talked about Russia’s hacking of the Democratic Party, his arrangement for his business, and the attempt to build a wall between the US and Mexican border.

Thursday 12th Jan, the dollar index has kept on falling, further touching the next significant support line at 101.00, reaching a new 4-week low of 100.78 and held.

The volatility of the dollar index in two trading sessions has reached 217 points, the biggest since mid-December.

AUDUSD has rallied since January 3rd after testing the major support line at 0.7150.

Yesterday the bullish momentum was strengthened, as a result of the weakening of the dollar, breaking the near term major resistance level at 0.7400.

Yet the price is currently trading below the long term major resistance level at 0.7500, the selling pressure is heavy above the level. The Aussie bullish momentum is likely to be restrained at this level.

The 4 hourly and the daily Stochastic Oscillators are both around 90, suggesting a retracement.

Keep an eye on the US initial jobless claims, to be released at 13:30 GMT, as it will likely influence the strength of the dollar and dollar crosses. 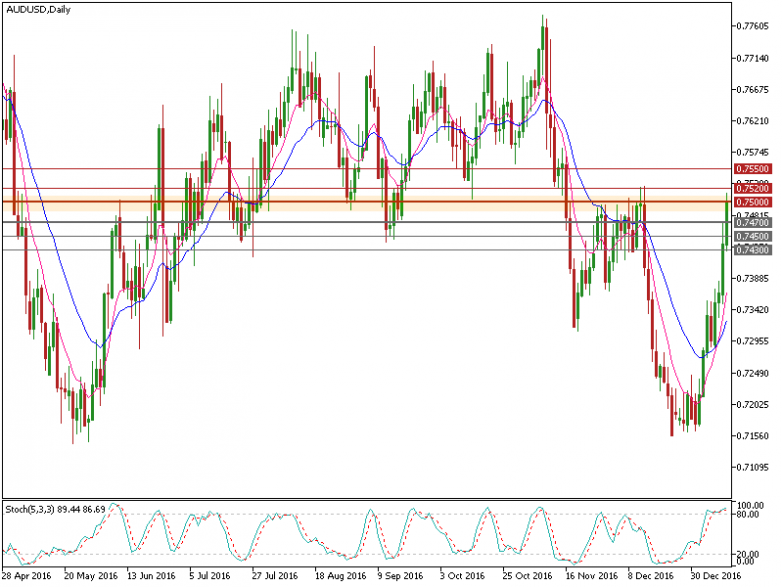 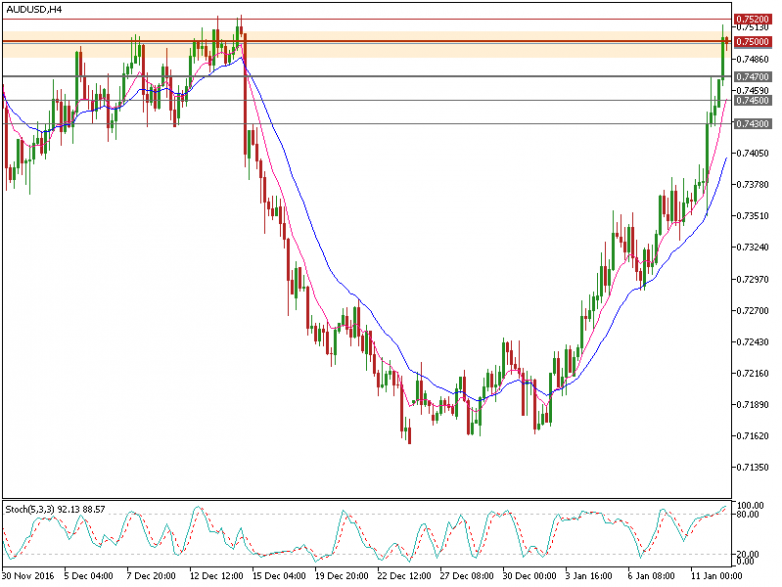