The strong bullish momentum of USDJPY post the US presidential election has waned since mid-December, a consolidation pattern has been formed thereafter.

On 5th Jan, a long bearish candle broke the near term major support level at 116.00 on the daily time frame.

On 12th Jan, the next major support line at 115.00 was further broken, as a result of the plunge of the dollar after Trump’s press conference.

The current price holds above the next significant support line at 114.00.

On the daily chart, the 10 SMA has crossed over the 20 SMA, indicating the trend has turned bearish.

On the daily chart, the current price is holding above the 50 SMA, where the support line at 114.00 converges. If this significant support level is broken, the bearish momentum is likely to be increased and trigger a sell-off.

We will see the release of the US Retail Sales figures (MoM and YoY) (Dec), to be released at 14:30 GMT. It will be followed by the US Michigan Consumer Index (Jan).

The figures will cause volatility in the dollar and the trend of the dollar crosses.

Also be aware that the FOMC member Patrick Harker will make a speech today at 14:30 GMT, which will also likely influence the strength of the dollar. 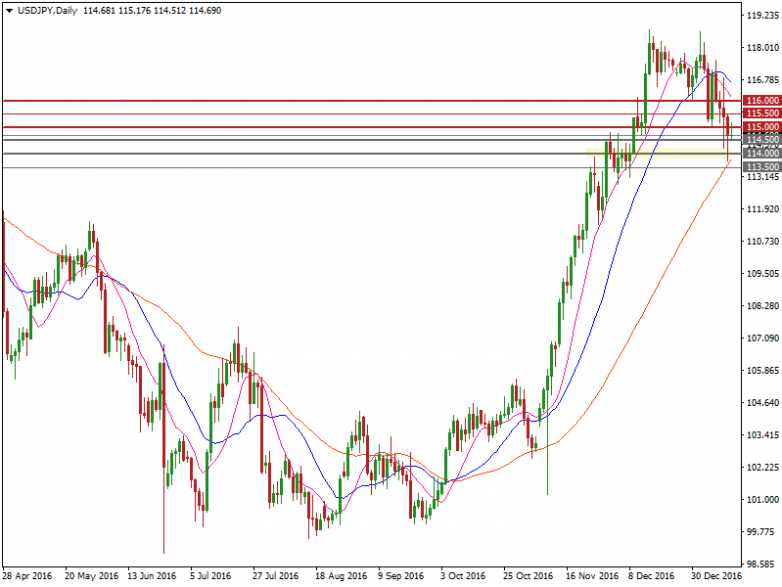 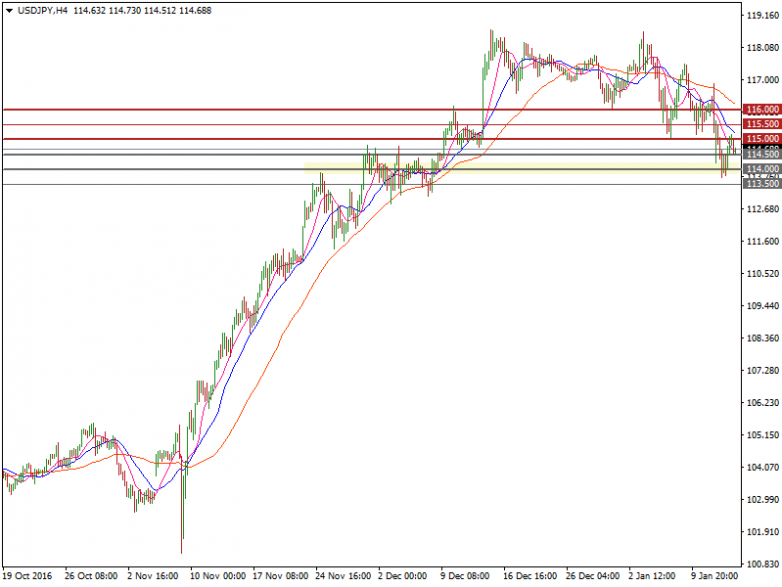