Theresa May will make a speech outlining her plans for Brexit tomorrow, Tuesday 17th Jan, before the UK triggers Article 50 to leave the EU.

The key points of her speech will include immigration control & leaving the jurisdiction of the European Court of Justice.

On Sunday 15th Jan, the Sunday Telegraph reported that UK Prime Minister Theresa May is heading for a hard Brexit and will pull the UK out of the EU single market and custom union.

Sterling fell to a three-month low this morning, ahead of Theresa May’s Brexit speech.

This morning, GBPUSD has rebounded after testing the significant support line at 1.2000.

The price is currently testing the support level at 1.2050.

The 4 hourly Stochastic Oscillator is below 30, suggesting a rebound.

Yet, on the 4 hourly chart, the 10 SMA crossed over the 20 SMA, the bearish momentum is strengthening. Be aware of the upside selling pressure.

Be aware that Sterling is likely to be very volatile before and after Theresa May’s speech.

We will also see the release of a series of the UK economic data for December tomorrow at 09:30 GMT. It includes PPI, Core PPI, CPI and Core CPI figures (YoY and MoM), which will also influence the strength of Sterling. 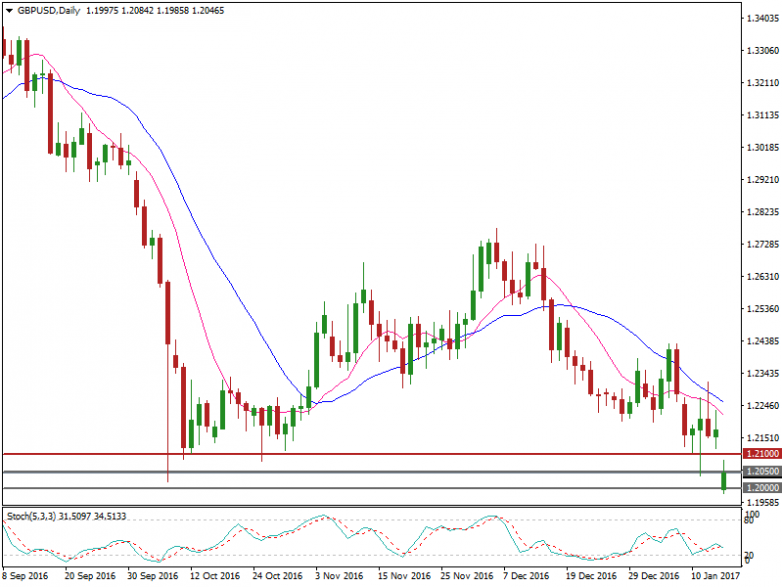 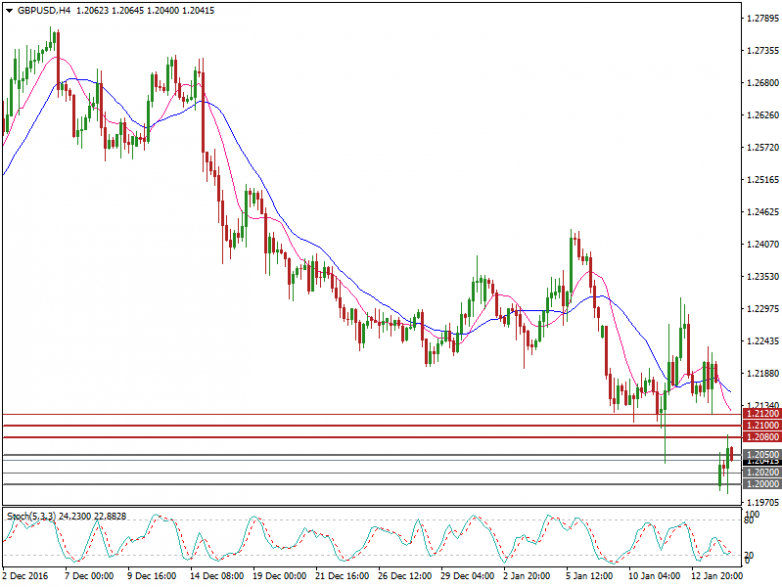