Trump stated on Tuesday that a strong dollar is risky to the US economy, as it weakens competitiveness of US exports and corporate profits.

A senior adviser to Trump also warned that a strong dollar could make it difficult for Trump to implement his policies and revitalize the US economy.

The comments drove the dollar index 1.27% on Tuesday, plunging to the lowest level of 100.23 since 8th December.

The UK Prime Minister Theresa May made a speech about Brexit on Tuesday. She said the UK will be leaving the Single Market. The UK will not stay as a member, in order to retrieve the control of the border and jurisdiction.

The UK Supreme Court will announce the decision on the UK government’s appeal to trigger the Article 50 by the end of March.

After Theresa May’s speech, Sterling soared nearly 3% during the European afternoon session. GBPUSD hit a 1-week high of 1.2415., which was the biggest intra-day rally since 2008.

Yet the price retraced after testing the near term major resistance level at 1.2400, where the 50 SMA converges. The selling pressure above the level is heavy.

The price has been moving from the upper band of the Bollinger Band indicator to the middle band, indicating the bullish momentum is waning. 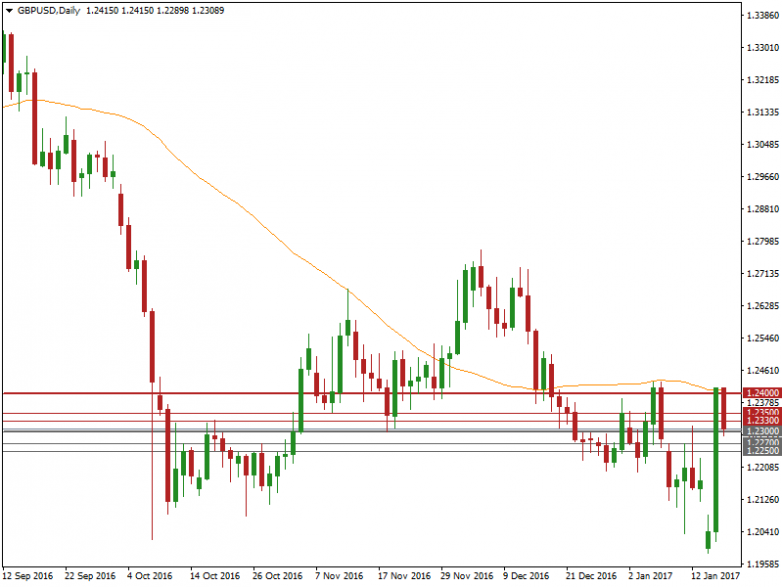 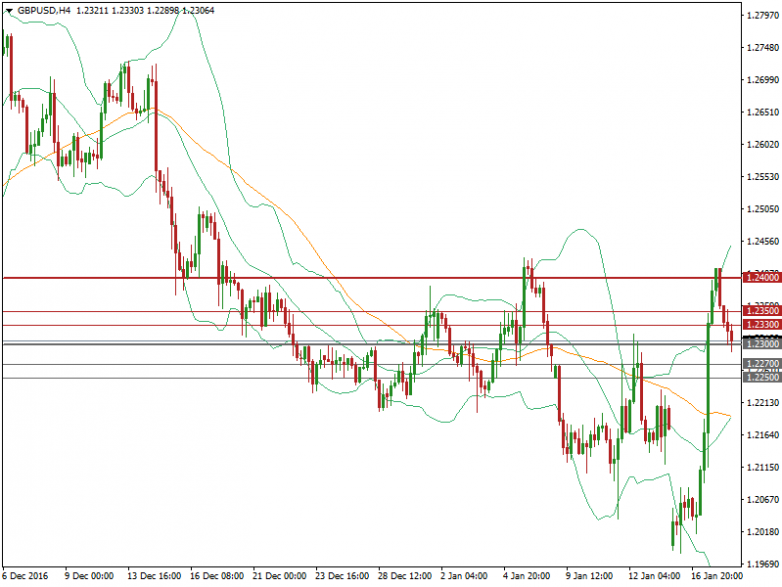