The dollar and the US government bond yields surged last night as the Fed president Janet Yellen’s speech to the Commonwealth Club in San Francisco.

Yellen stated that the nation is approaching full employment, the employment rate is less than 5%, near the level before the recession.

In terms of inflation, although it has remained below the Fed’s 2% target, yet it is moving towards the target.

More importantly, she said a few times a year would be an appropriate pace for rate hikes, and the increases would likely continue until the end of 2019. The expectations helped the dollar index surged 1.06% on Wed.

The European Central Bank will announce interest rate decision at 12:45 GMT today, it is followed by a press conference at 13:30 GMT.

The ECB has announced a 9-month extension of the current QE programme, from March to December 2017, in the December conference.

The market consensus speculates that the rates and the scale of QE will likely remain at the same level this time.

EURUSD was trading below the near term major resistance level at 1.0700 before Yellen’s speech. Her hawkish comment weigh on the EURUSD, hitting the intra-day low of 1.0627.

On the 4 hourly chart, the downside uptrend line support was broken by a long bearish candle. In addition, the 10 SMA is crossing over the 20 SMA, indicating bearish momentum has been strengthening, be aware of the upside selling pressure.

During early Asian session today, EURUSD has rebounded, and currently trading below the resistance level at 1.0670.

Markets hold a cautious stance ahead of the ECB press conference. Be aware that the conference will cause volatility for the Euro and the Euro crosses. 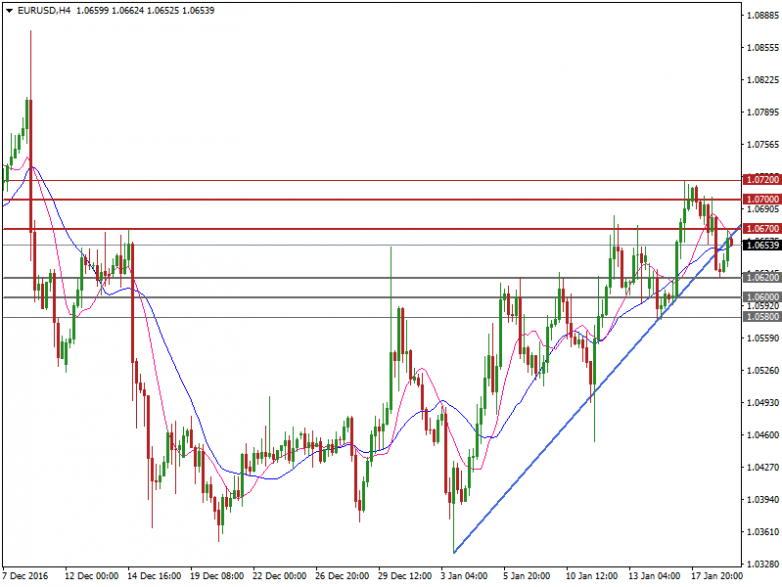 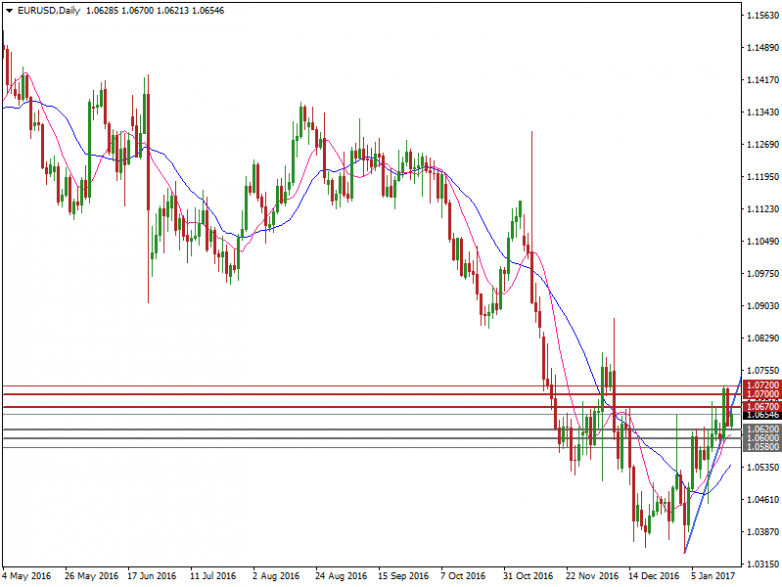