Today is Donald Trump’s inauguration day, the ceremony will take place in Washington D.C. Donald Trump will officially become the 45th president of the United States.

Gold prices have rebounded since mid-December, after testing the significant support line at $1120.

On the 4 hourly chart, gold has been trading along the downside uptrend line support since the beginning of this year.

However, the trend line was broken yesterday, testing the long term major resistance level at $1220. The 10 SMA crossed over the 20 SMA.

This morning the strong rebound of the dollar further weighed on gold, it is still trading below the uptrend line.

Currently the price is testing the psychological level at $1200, where the 50 SMA converges.

The $1198 level will provide some support. Yet currently gold remains bearish.

The 4 hourly Stochastic Oscillator is around 80, suggesting a further retracement after a rebound.

Trump will make a speech, around 18:00 GMT today. Be aware that the content of his speech will likely cause major volatility for the dollar, dollar crosses, and gold prices. 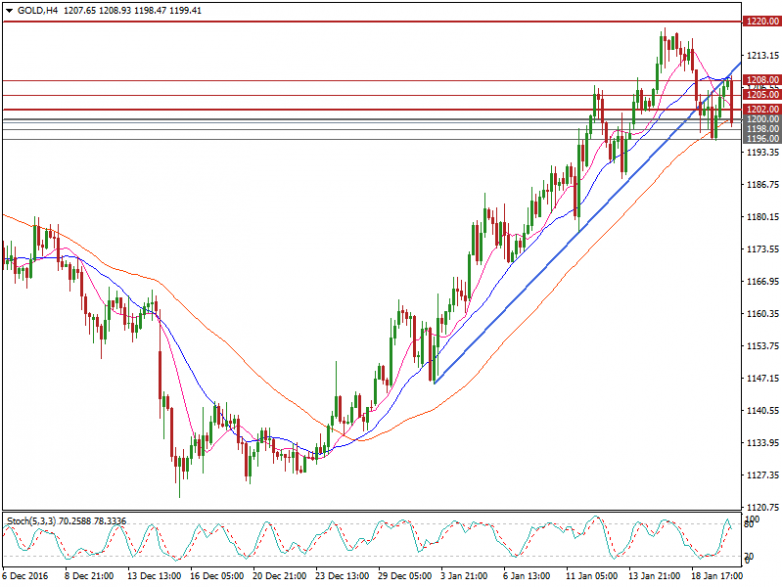 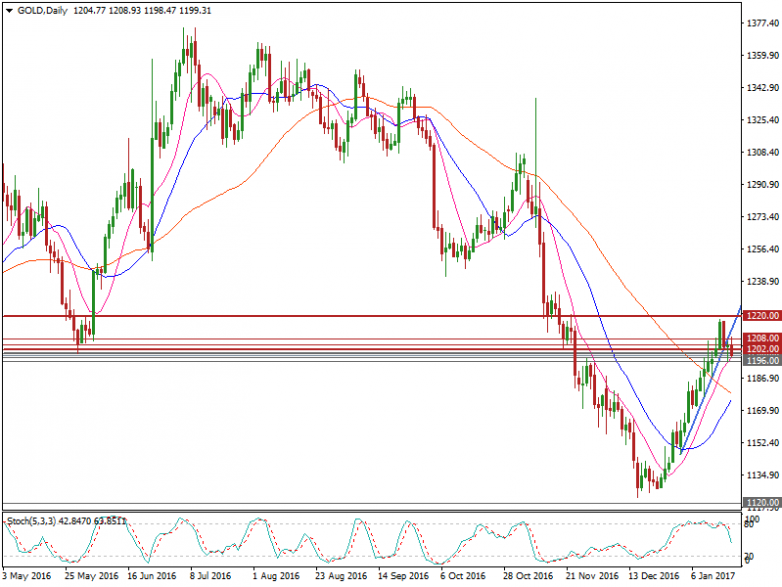