Tomorrow, Tuesday 24 January, around 09:30 GMT, the UK Supreme Court will release the Brexit lawsuit Ruling, on whether the UK Prime Minister Theresa May will need the UK parliament’s approval to invoke Article 50 of the Lisbon Treaty, to leave the EU.

Last Tuesday 17th January, GBPUSD surged to a one-week high of 1.2415, which was the biggest intra-day rally since 2008. It was helped by Theresa May’s commitment on the UK parliament to vote on the final Brexit deal.

The price retraced after testing the near term major resistance level at 1.2400, where the 50 SMA converges.

However, this morning, GBPUSD broke the resistance at 1.2400, and hit a five-week high of 1.2471, as a result of the weakening of the dollar after Trump’s inauguration speech.

The tone of Trump’s speech was positive, yet the content emphasized on the concept of America first, which lifted market concerns on prospective US trade protectionism.

Furthermore, he didn’t talk much about fiscal stimulus and economic measures, which markets looked forward to hearing thus leading to a degree of disappointment.

However, on the daily chart, it is trading below the short term major downtrend line resistance, where the 100 SMA converges. The selling pressure is heavy at that level.

The 4 hourly Stochastic oscillator is above 90, suggesting a retracement.

The UK Supreme Court’s final verdict will decide the next movement of Sterling. If the result is the trigger of Article 50 requiring parliament’s approval, then it will likely push Sterling up again. 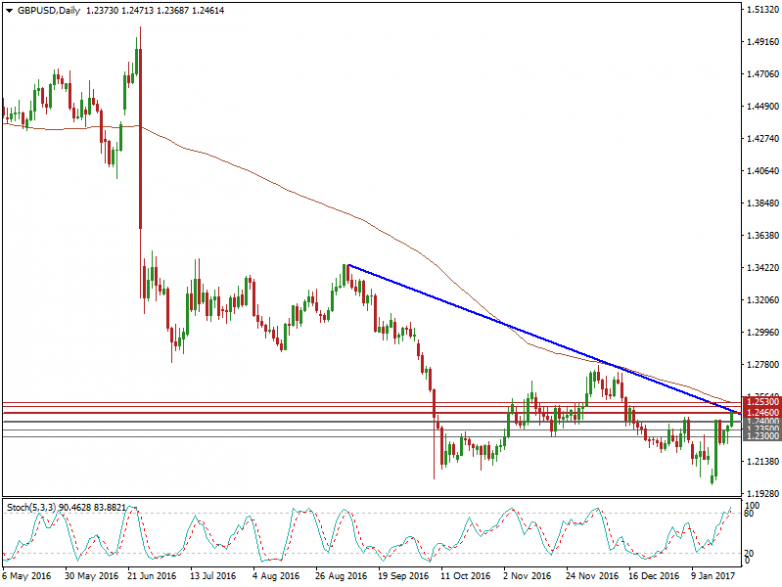 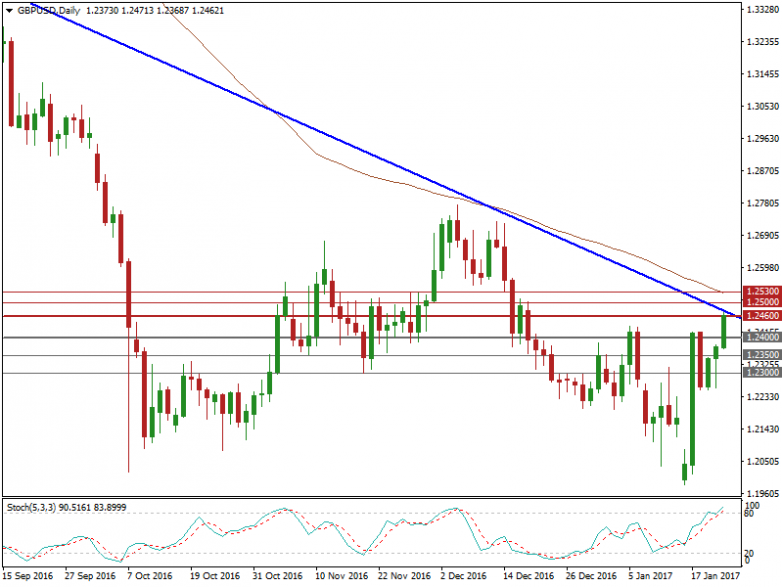