AUDUSD Tests Major Resistance and Support Ahead of Q4 CPI

We will see the release of the Australian and New Zealand Q4 CPI figures (YoY and QoQ), at 02:30 and 23:45 GMT respectively, on this Wednesday 25th January.

AUD/USD has turned bullish since early January, after testing the mid-term major support at 0.7150, as a result of the retracement of the dollar and the rebound of commodity prices.

Aussie has been one of the best currency performers year to date, trading above the downside near- term major uptrend line support, with strong bullish momentum.

The 200 SMA resistance level at 0.7500 was broken on 17th January helped by the slump of the dollar on Trump’s dollar overly strong comment.

The trend remains upwards. However, the price has pulled back and testing the uptrend line support, after touching the next psychological level, the mid-term major resistance at 0.7600.

The daily Stochastic Oscillator is around 80, suggesting a pullback.

Keep an eye on the Australian Q4 CPI figures, as it will influence the strength of the Aussie. 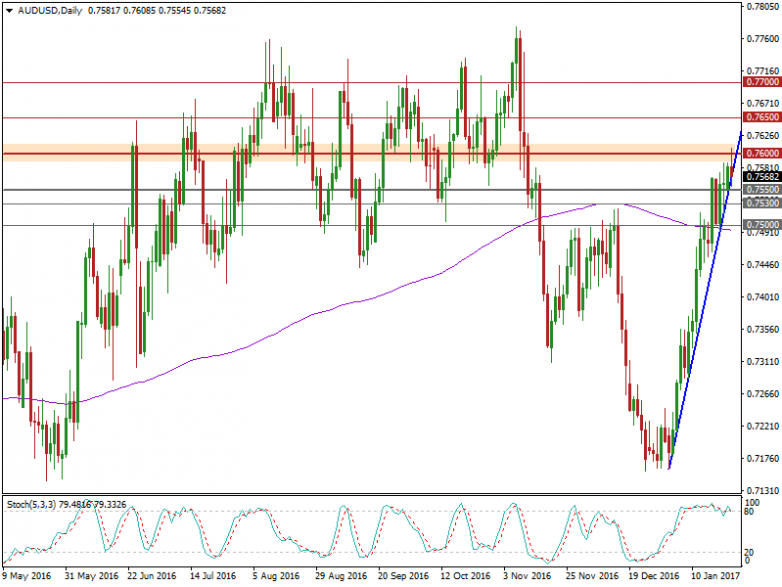 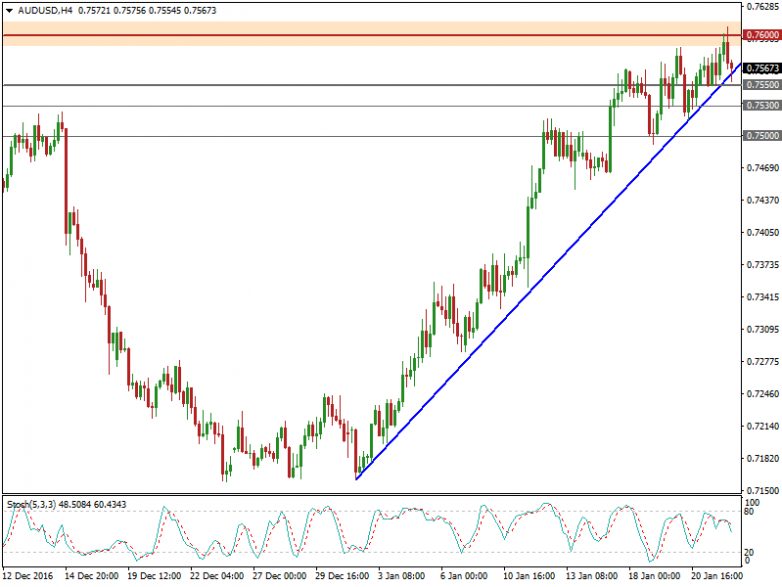