Theresa May visited President Trump on Friday 27th Jan in Washington – she was the first foreign leader to visit the new US president.

Trump told Theresa May that he believes Brexit will be a wonderful thing for Britain, and open the door to new trade deals.

Trump has showed his support to NATO, which he called obsolete previously.

Theresa May stated that ‘We are at a moment now when we can build an even stronger relationship’.

GBPUSD broke the mid-term major downtrend line resistance on 23rd Jan, helped by the UK Supreme Court Ruling that it will require the parliament’s approval for the UK to leave the EU.

Although GBPUSD broke the downtrend line resistance, it has retraced since 26th Jan, after testing the short term major resistance at 1.2700.

On the 4 hourly chart, the 10 SMA crossed over the 20 SMA, suggesting the upside pressure has been increased.

In addition, the daily Stochastic Oscillator is crossing over from above, suggesting a further retracement after a rebound.

We will see the release of a series of the US economic figures for December, at 13:30 GMT this afternoon. It includes the PCE, Core PCE, Personal Spending and Personal Income (YoY and MoM). 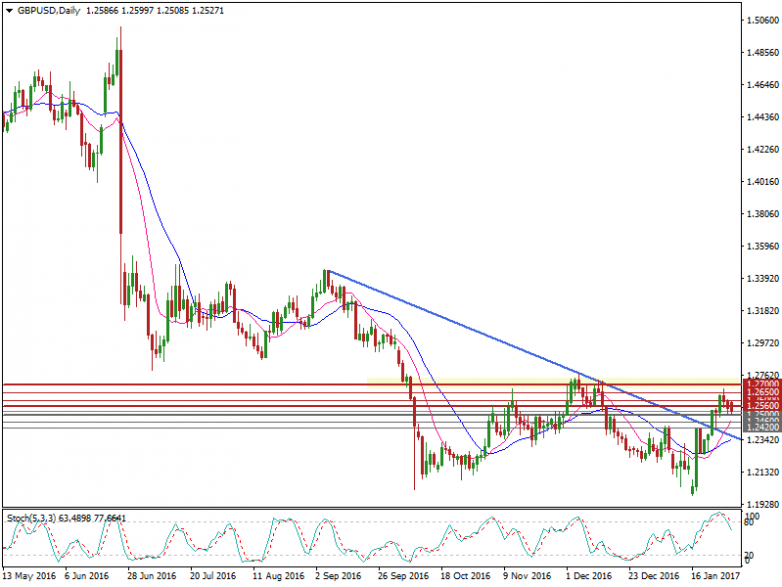 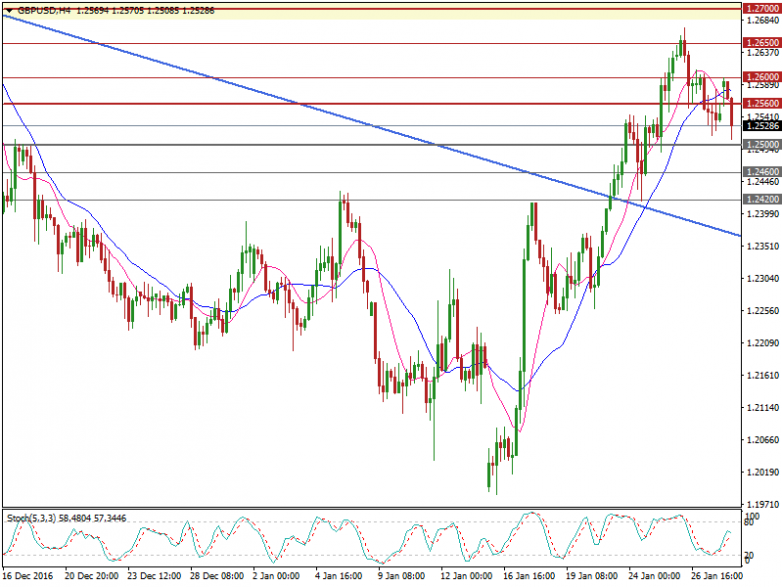