Gold Trades Below Resistance Ahead of the Fed and NFP

We will see the release of the US ISM Manufacturing PMI, and ISM Prices Paid for January, at 15:00 GMT on Wednesday 1st February.

The Fed will release Monetary Policy statement and interest rate decision at 19:00 GMT on the same day.

Trump’s stance is in favour of a weak dollar, therefore the changes of the Fed’s economic projections and the performance of the upcoming Non-Farm payroll figure will be influential to dollar strength.

On the 4 hourly chart, gold sot is trading below the near term major resistance level at 1200, where the 50 SMA converges. The selling pressure is heavier above the level.

The 4 hourly Stochastic Oscillator is crossing over from above, suggesting a further retracement.

Keep an eye on Fed’s statement on Wednesday, and the NFP figure on Friday, as they will influence the strength of the dollar, dollar crosses and precious metals. 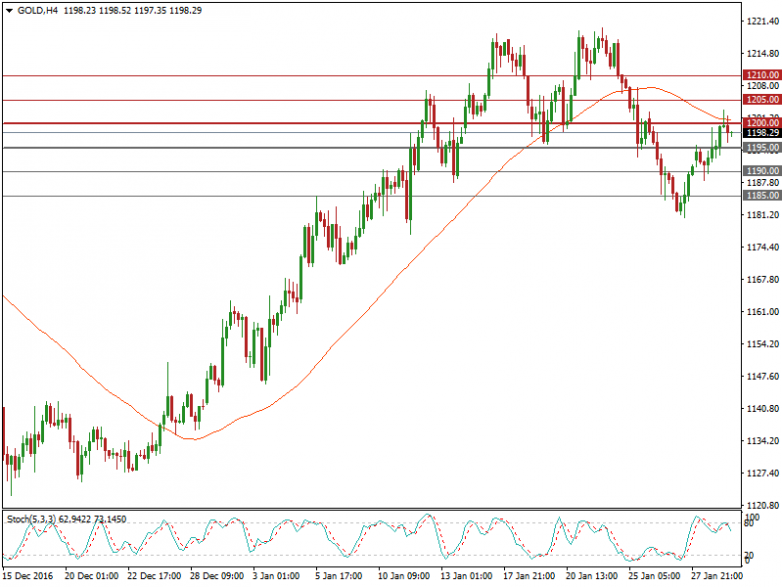