The Chicago Fed President Charles Evans, a FOMC voting member, made a speech yesterday. Evans is regarded as a dove in the FOMC.

He stated that he supports gradual interest rate hikes, three rate hikes this year are not unreasonable, as he foresees Trump’s fiscal policies will likely boost inflation and economic growth.

In addition, he said the inflation must hit the 2% target for the Fed to maintain its credibility. In order to bring the inflation up to its 2% target, the Fed must keep the rates low and accept a modest undershooting of its unemployment goal.

The dollar index rebounded yesterday after testing the significant support line at 100.00.

USD/JPY has turned bearish since the beginning of this year, as a result of the weakening of the dollar. However, the bearish momentum has waned since 6th Feb, after testing the near term major support line at 111.50.

Yesterday the price rebounded with a long bullish candle. However, on the daily chart, the current price is trading right at the short term major downtrend line resistance, where the pressure is heavier.

In addition, the 4 hourly Stochastic Oscillator is crossing over from above, be aware that the bullish momentum is likely to be restrained here.

Keep an eye on the US Michigan consumer expectations and sentiment for February, to be released at 15:00 GMT, as it will likely influence the strength of the dollar and dollar crosses. 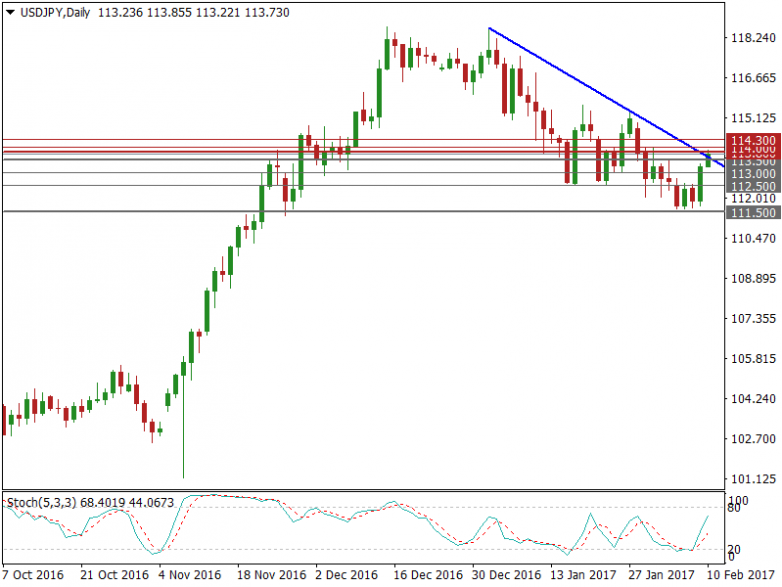 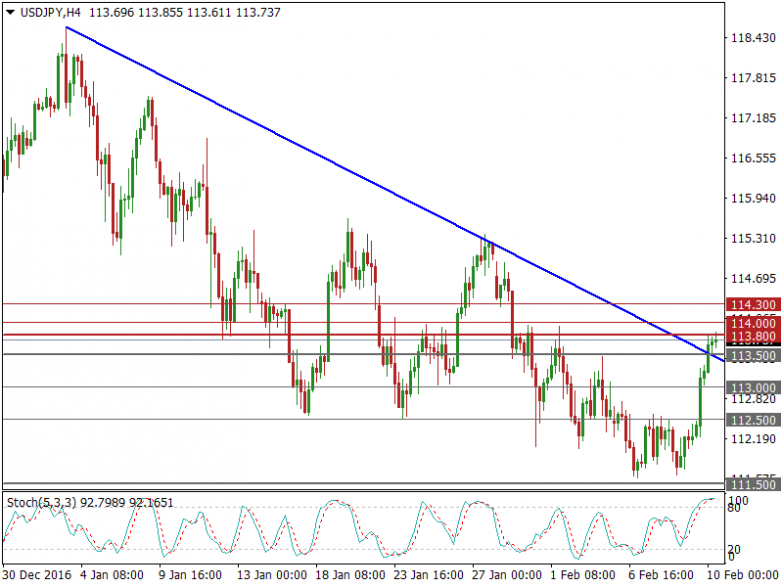