Last night, the House of Lords defied the Brexit bill, by 358 votes to 256, calls for ministers to amend the proposal by ensuring the rights of the 3-million EU citizens living in the UK, within three months of triggering Article 50.

The UK Prime Minister Theresa May faced an unexpected and embarrassing defeat. This is the first frustration since the bill was sent to the House of Commons.

The legislation now returns to the House of Commons, Theresa May is confident that the amendment will be rejected by the Commons later this month. She insisted her timetable for Brexit remains unchanged.

This morning we have seen the release of the UK construction PMI, rose to 52.5 in Feb, from 52.2 in Jan, besting expectations.

GBP/USD has seen a retracement of 2.1% since 24th Feb, as a result of the strengthening of the dollar.

The current price is nearing the support level at 1.2250, where provides a stronger support.

However, if the level at 1.2250 is confirmed broken, the downtrend will likely further test the significant support level at 1.2200.

Before the final decision on the Brexit bill is released, be aware of uncertainty and downside risk on Sterling and Sterling crosses. 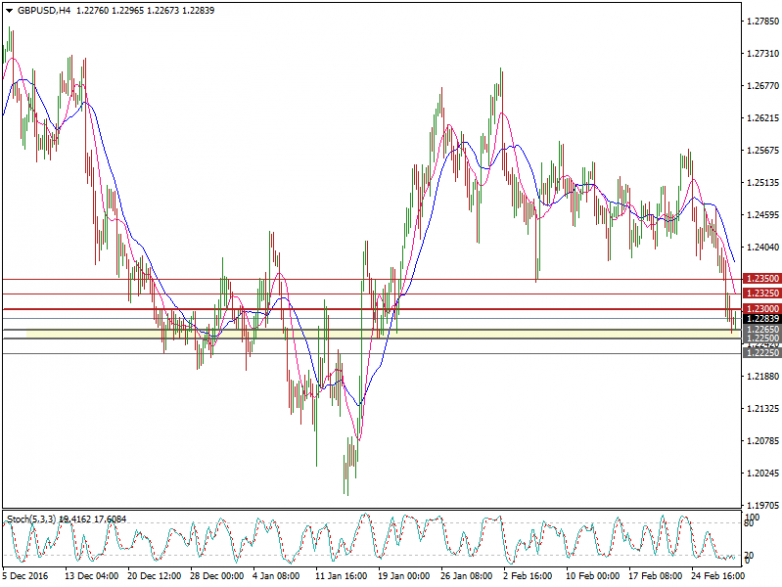 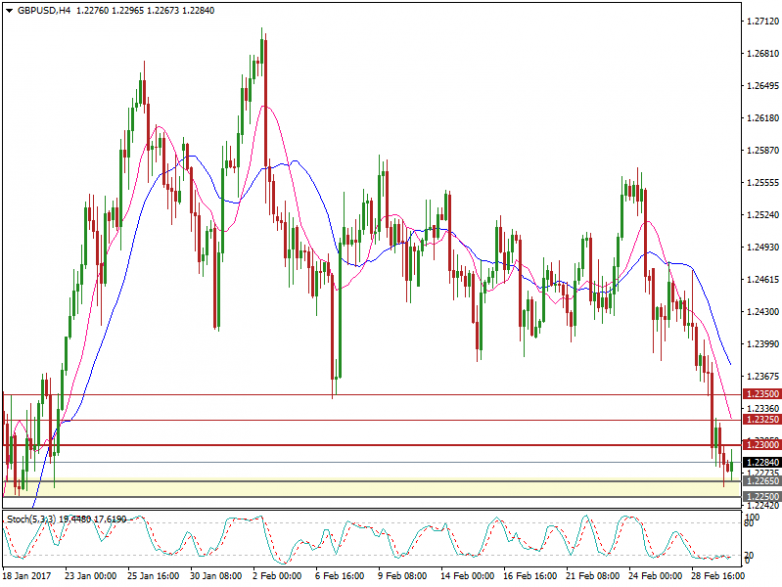