The UK government now has no hurdles on the way out of the EU, ready to trigger the Article 50 of the Lisbon Treaty.

The downtrend was held temporarily above the level, as the support there is much stronger, which is unlikely to be quickly broken.

However, the current price is trading below both the 10 and the 20 SMAs, indicating the upside selling pressure is heavy.

The current trend still remains bearish arising from market concerns over the uncertainty associate with the upcoming Brexit procedure.

We will see the release of a series of UK economic data, at 09:30 GMT this Wednesday 15th Mar. It includes the Claimant Count Change (Feb), ILO unemployment Rate (Jan), and Average Earnings including and excluding Bonus (Jan).

On the same day, Wednesday 15th Mar, the Fed will announce its rate decision and monetary policies at 18:00 GMT.

7 out 10 FOMC members, including the Fed doves Yellen and Brainard, made some hawkish comments lately. The US labour market data in February released last Friday outperformed expectations. Per the CME’s FedWatch tool: the current probability of a rate hike in March has jumped to a peak of 95.2%.

We can expect that the Fed will announce two to three rate hikes this year. If the Fed does not adhere to raising rates they are highly likely to face a credibility issue. If the Fed raises rates, the dollar will likely rally again and weigh on the Sterling. 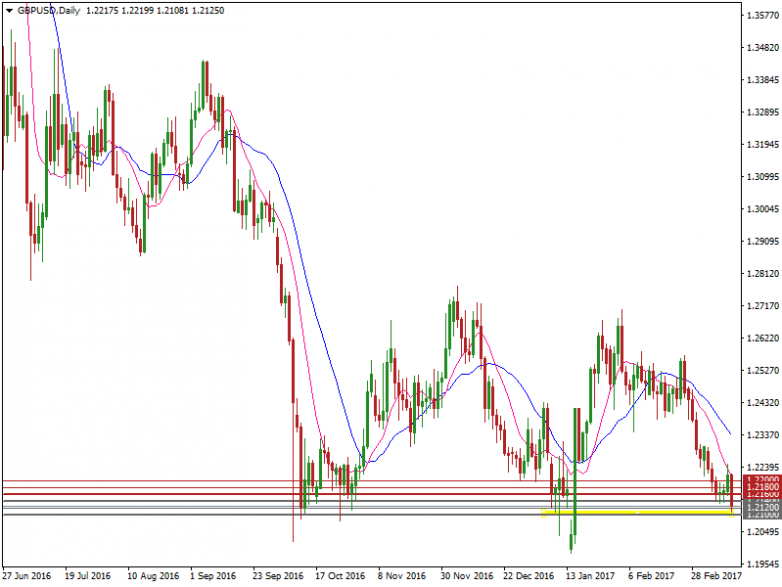 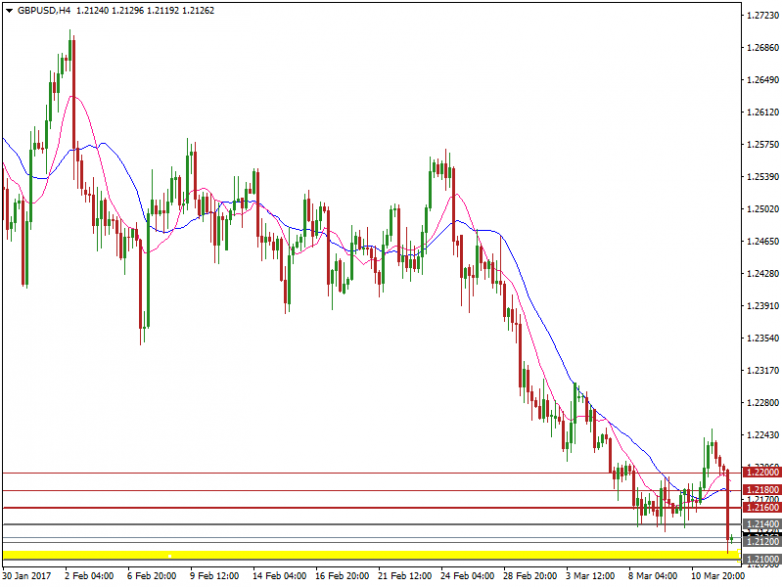