EUR/GBP Bulls Retreat Under Resistance at 0.8600

The European Central Bank president Draghi will make a speech at 15:30 BST today, it will likely affect the Euro and Euro crosses.

EUR/GBP has rebounded since yesterday, after hitting a 5-week low of 0.8485.

The bulls attempted to test the near-term major resistance level at 0.8600 in early morning, where the 10-day SMA converges (on the daily chart).

The bulls still have momentum, however, be aware that the selling pressure at this level is heavier. The bullish momentum is likely to be restrained here, prior to the next rally.

The 4-hourly Stochastic Oscillator reading is around 70, suggesting a retracement. 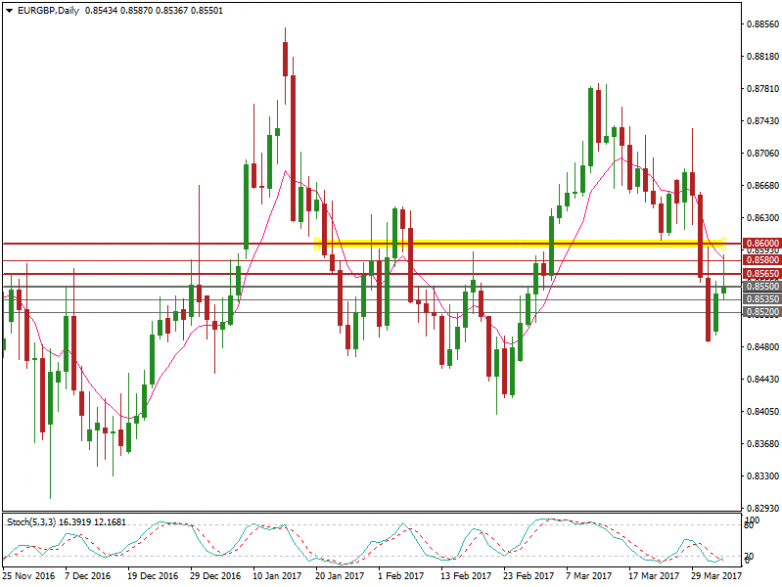 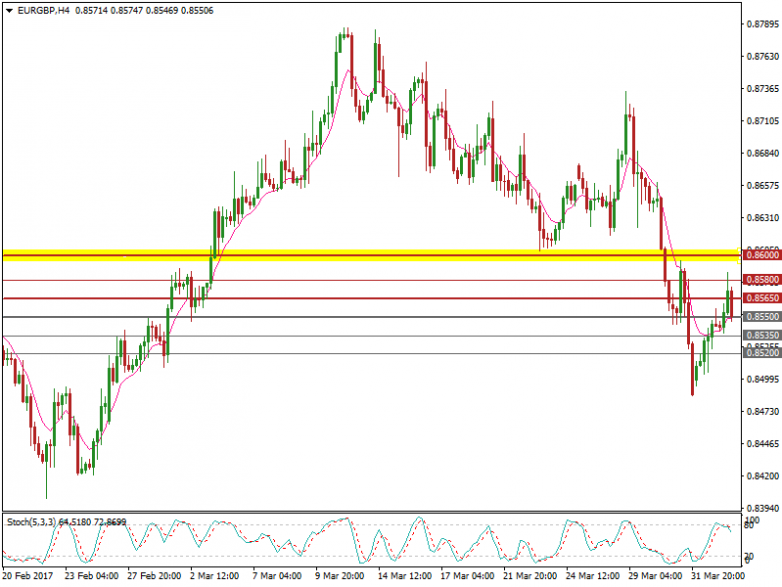