How will Trump-Xi Meeting and NFP Affect Gold Prices?

Spot gold has been consolidating in the range between 1238 – 1260 in the past two weeks.

The bulls have failed to break through the short term major resistance level at 1260 over the period.

On the 4-hourly chart, the current price is trading below the downside uptrend line. In addition, the 10 SMA is crossing over the 20 SMA downwards, indicating the bullish momentum is waning.

US President Trump and Chinese president Xi Jinping, are scheduled to meet today at Trump’s Mar-a-Lago resort in Florida. This is the first meeting between the leaders of the two biggest economies in the world so markets will be looking for any comments made between these 2 world leaders.

Be aware that the political event and the news that associate with impacts on the US economy, will likely cause volatility for USD and gold prices.

US non-farm payroll and unemployment for March will be released this Friday at 13:30 BST, it will also cause volatility for USD and gold prices.

US initial jobless claims (the week ending March 31) will be released at 13:30 BST today. 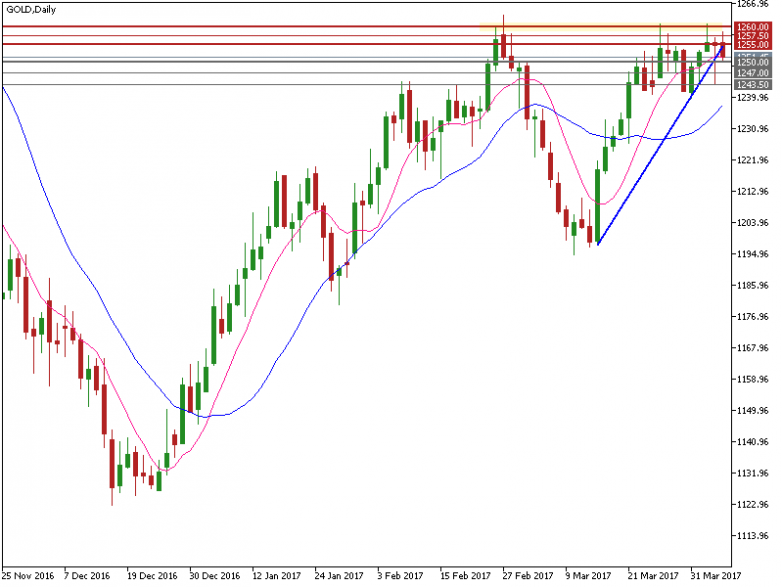 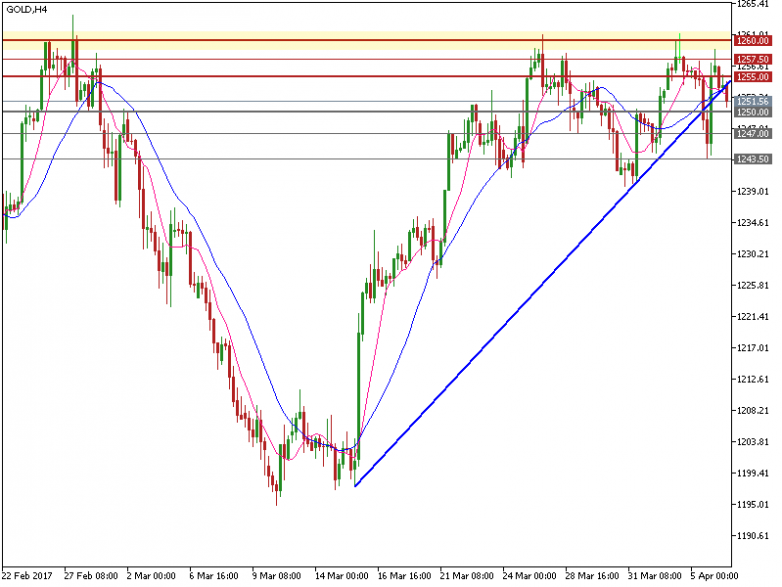