EUR/GBP bulls failed to gain the near-term major resistance level at 0.8600 on April 5, as the pressure at the level is heavy.

The bulls have regained momentum since this morning, as a result of a weakening Sterling caused by the underperforming UK industrial and manufacturing data (Feb), and the Bank of England President Carney’s statement.

This morning, Carney made the first speech post the Brexit triggering. He stated that the Brexit negotiation would influence bank regulations and cooperation. The transition period poses a risk to the stability of financial system. The global financial system is at a “fork in the road” going into the Brexit talks.

On the 4-hourly chart, EUR/GBP is heading toward the middle band from the lower band, by the Bollinger Band indicator, suggesting the bullish momentum is strengthening. 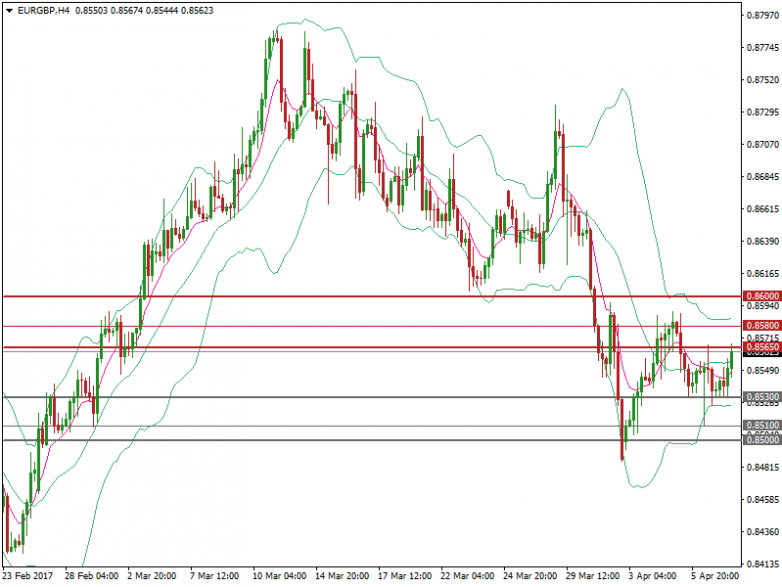