EUR/USD has turned bearish since March 28, as a result of the strengthening of the dollar. It has plunged almost 2% from March 28 to April 10.

This morning, we saw the release of a series of German and Eurozone economic data.

The German ZEW economic sentiment and current situation (Apr), were 19.5 and 80.1 respectively, both surpassing expectations and the previous figures.

This morning, the EUR/USD bulls broke the psychological resistance level at 1.0600 after the release of the data.

On the 4-hourly chart, the price has been moving from the lower band to the middle band by the Bollinger Band indicator, suggesting the bearish momentum has waned.

The daily Stochastic Oscillator is around 20, suggesting a rebound. 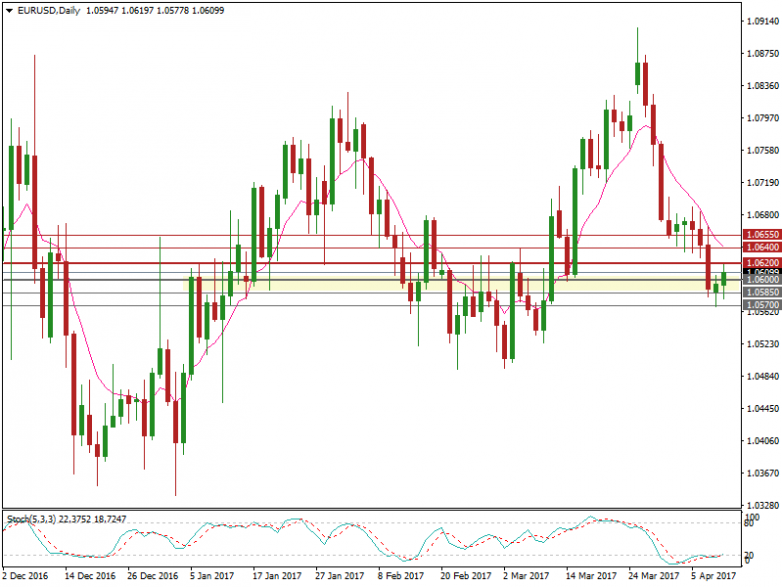 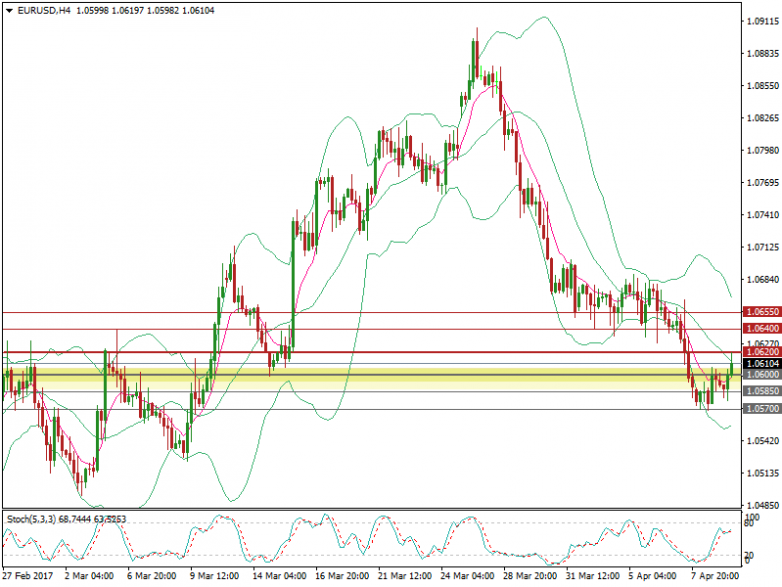