USD/CAD Tests Major Support at 1.3300 Ahead of BoC

The dollar index plunged around 0.31% on Tuesday, falling from the psychological resistance level at 101.00 and hitting a 2-day low of 100.49. The downtrend was held above the support line at 100.50. This morning during the European session, the dollar index saw a rebound.

USD/CAD has fallen 0.8% in past one week. The bulls failed to gain the significant psychological level at 1.3400.

On the 4-hourly chart, the price has been moving from the lower band to the middle band by the Bollinger Band indicator, suggesting the bearish momentum has been waning.

The Bank of Canada (BoC) will announce its rate decision and monetary policies this afternoon at 15:00 BST. It will be followed by the BoC’s press conference at 16:15 BST. Be aware that the data and the press conference will likely affect the strength of CAD and CAD crosses.

Although Canadian economy is improving, however, the US economic outlook is still uncertain under Trump’s administration. The BoC is likely to keep rates on hold for the near future.

Keep a close eye on the US retail sales and CPI figures (Mar), to be released at 13:30 BST this Friday April 14. It will likely cause volatility for USD and USD crosses. 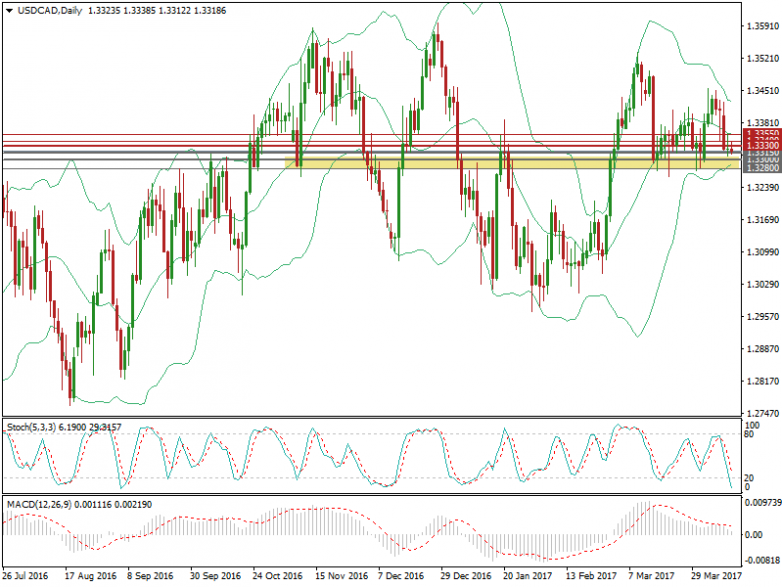 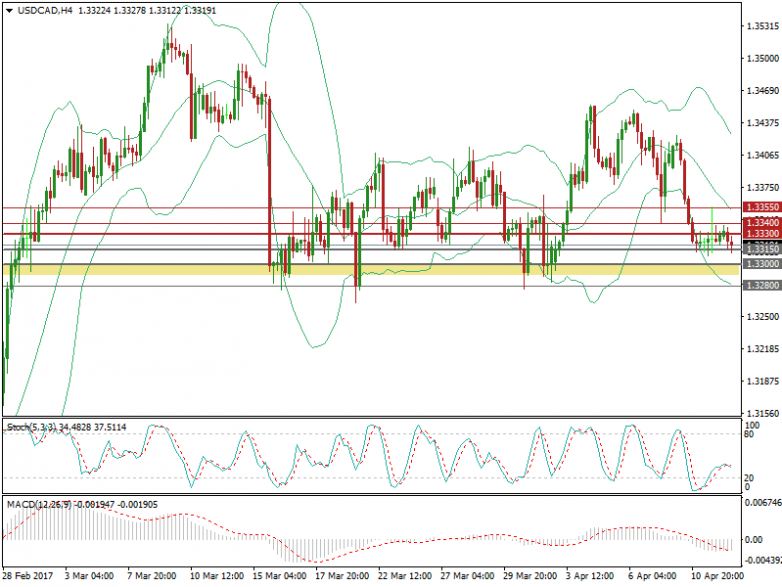