EURJPY had been trading along the upside short-term downtrend line resistance since March 22, saw a record losing streak. It was caused by the strengthening of the yen pushed up by markets’ risk aversion sentiment.

This morning we saw the release of the Eurozone CPI and core CPI for March (YoY), were 1.5% and 0.7% respectively, in line with expectations and the previous figures.

The Eurozone trade balance for February was a 17.8-billion-euro surplus, beating expectations of a 16.2-billion surplus and the previous figure of a 0.6 billion deficit.

EUR/JPY has reversed since April 17 after testing the mid-term major support zone.

On the 4-hourly chart, the 10 SMA crossed over the 20 SMA from below on Tuesday, indicating the trend has turned bullish.

Keep an eye on the Japanese exports and imports for March (YoY), to be released at 00:50 BST on Thursday April 20, as it will likely affect the strength of JPY and JPY crosses. 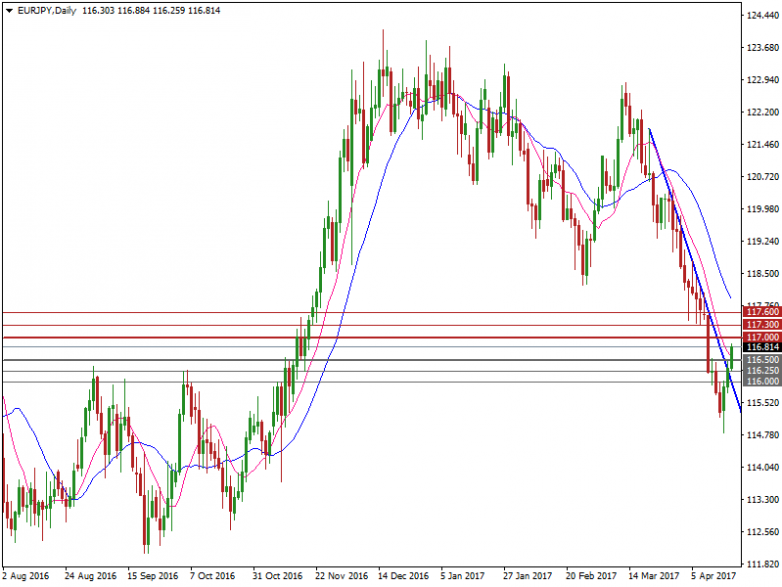 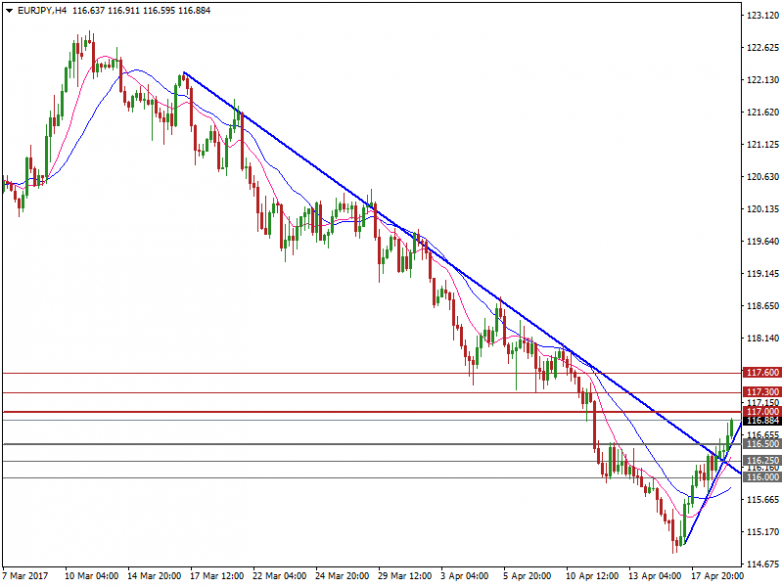