USD/JPY Hovers Above Support Ahead of French Election

Monday April 17, USD/JPY hit the lowest level of 108.12 since November 15, as a result of the strengthening of the yen on markets’ safe haven demand.

However, the bearish attempt was held above the 108.00 support line since Monday.

On the 4-hourly chart, the 10-SMA crossed over the 20-SMA from below on Wednesday, the bulls have broken the downtrend line resistance, indicating the bearish momentum has been waning.

The daily Stochastic Oscillator reading is around 30, suggesting a rebound.

Keep an eye on the US Treasury Secretary Mnuchin’s speech at 18:15 BST today, it will likely affect USD crosses.

Most importantly, be aware that the first round of the French presidential election will be held this Sunday April 23.

The recent polls showed a tightening race between the top four candidates: Macron, Le Pen, Fillion and Jean-Luc Melenchon. The difference of votes between the 4 candidates is less than 3% which poses more uncertainty to the election.

The consensus is that the Centrist Macron and the far-right wing Le Pen would likely get into the second round, then Macron would likely win the final vote.

However, be aware that if the result of the first-round surprises the markets, especially if the far-right wing Le Pen’s share of vote sees a large increase, it will likely push safe havens further up. In this situation, USD/JPY will likely fall and test supports again. 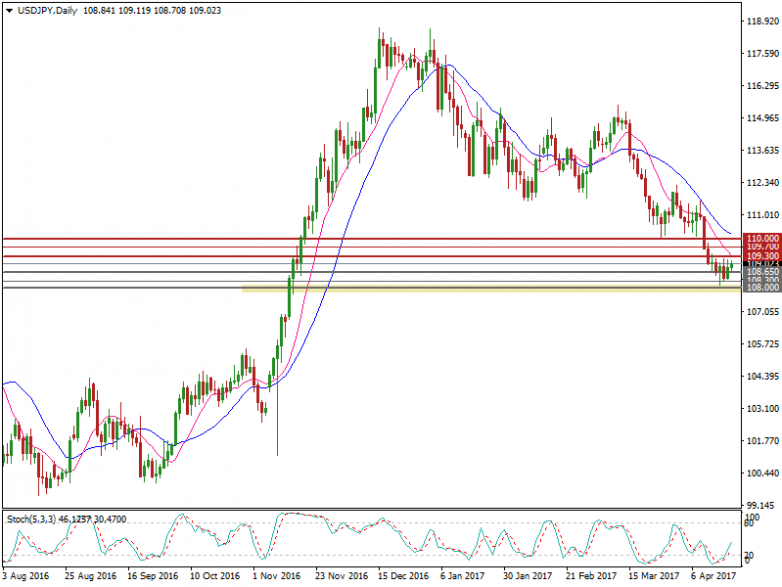 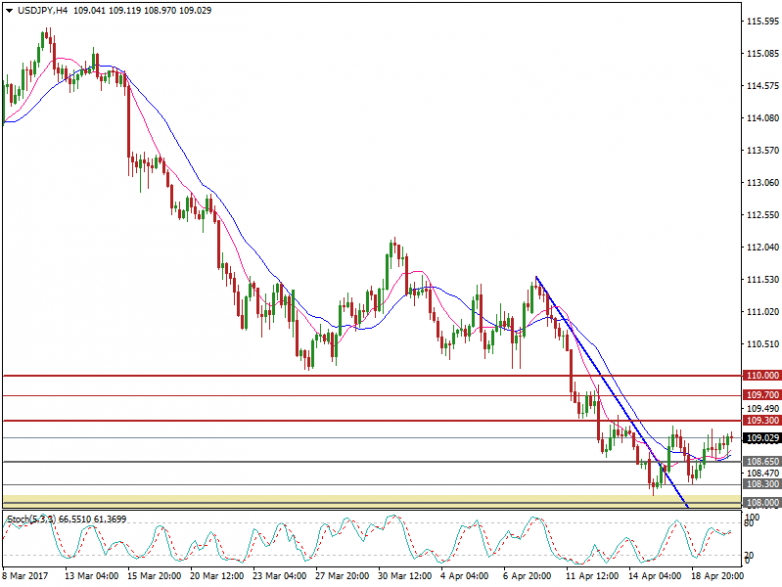