EUR/GBP Tests Major Support Ahead of the French Election

EUR/GBP has retraced since March 13.

Tuesday April 18, EUR/GBP hit the lowest level of 0.8312 since December 5, due to the UK early general election shock.

However, the downtrend was held above the significant mid-term major support level at 0.8300 since then.

The first-round voting of the French presidential election will be held this Sunday April 23.

The consensus is that the Centrist Macron and the far-right wing Le Pen would likely get into the second round, then Macron would likely win the final vote.

In this situation, EUR/GBP will likely test the support level at 0.8300 again. If it is broken, then we will likely see an extension of the downtrend.

Conversely, if the result of the first-round turns out to be Macron ‘s share of votes notably surpasses Le Pen’s, or both Macron and Fillion get into the second round. Then we will likely see the Euro rally as market concerns over the collapse of the EU would be relieved.

In this situation, EUR/GBP will likely see a rebound.

Be aware that the Euro and Euro crosses will likely be volatile before and after the release of the result. 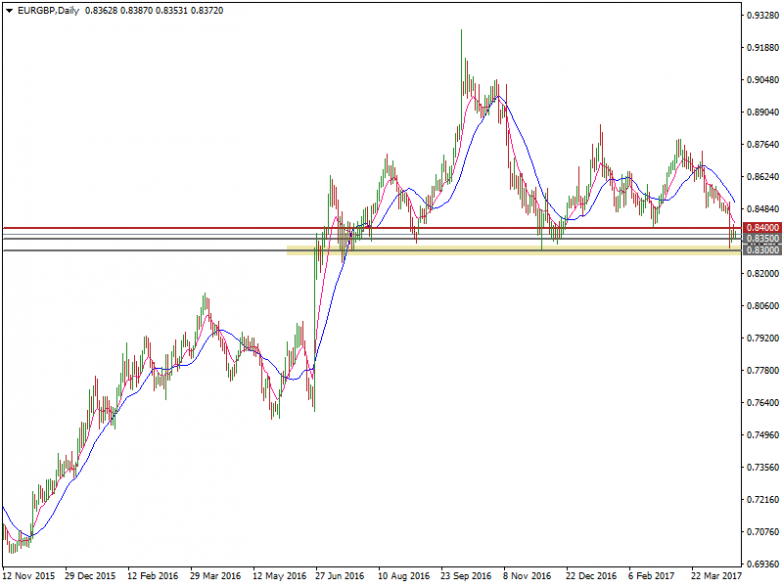 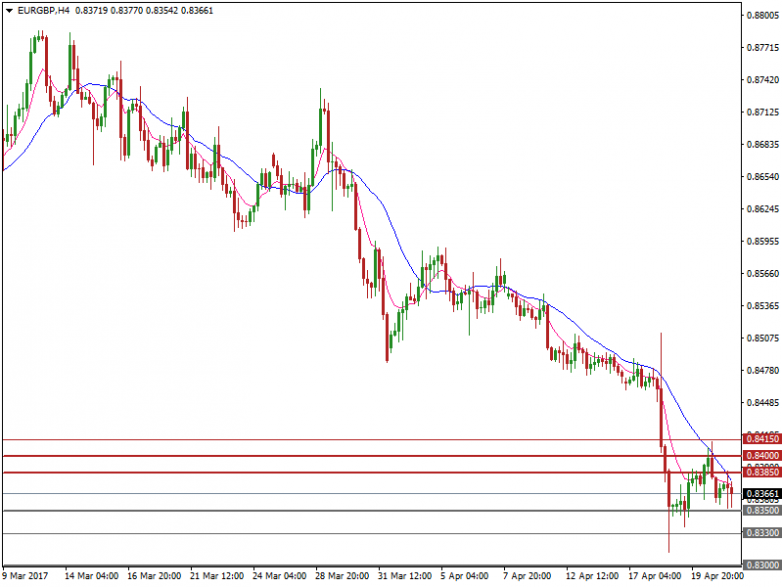